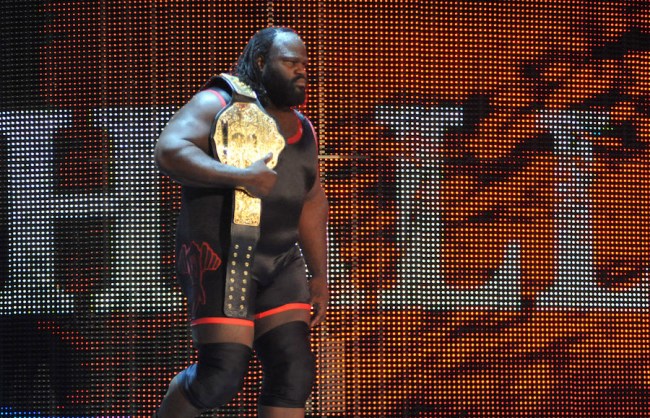 Practical jokes are a part of professional wrestling. Getting ribbed by the boys – and sometimes even management – is a part of the business.

Some jokes are harmless while a few are downright cruel.

Even the legends and top performers get ribbed. Hundreds of wrestlers have gone on record to say that ribbing separates the men from the boys and weeds out the guys who don’t really have a thick enough skin for the business.

Mark Henry seems like a guy few people would screw with but one prank – pulled by Vince McMahon himself – pissed off the former Olympian so much, he almost quit the WWE on the spot.

Henry was a guest on the latest installment of the Broken Skull Sessions with “Stone Cold” Steve Austin. Henry discusses his life prior to joining the WWE, his early days of floundering in the WWE mid-card, and finally his break-through to becoming a main event star and two-time World Heavyweight Champion.

Henry told Austin how Vince and other employees ribbing him during a live show infuriated him, embarrassed him, and led to a character change.

Henry explained that McMahon and other WWE crew members sent Henry out for a 2011 dark match with Sin Cara to end a Smackdown taping.

The match wouldn’t happen because Sin Cara never showed up because he was never supposed to, and the longer Henry waited in the ring, the angrier he became at Sin Cara and staff.

Eventually, Henry went backstage to the area empty and most of the staff gone.

Henry called McMahon and voiced his anger and said he’d been disrespected.

Hear the story behind the origin of the "Hall of Pain" and so much more when @TheMarkHenry sits down with @steveaustinBSR on #BrokenSkullSessions, AVAILABLE NOW on WWE Network! pic.twitter.com/75stXzB93F

Henry said McMahon was truly sorry for the joke but showed Henry a side of himself in the wrestling ring he didn’t know was possible.

“[McMahon] said, ‘Can I show you something?’ And I said, ‘Oh god, what’s going on now?’ He showed the footage of me in the ring, angry, and me coming back and then the camera goes off. It freezes and it was like that scene of the Sasquatch where it feels like they caught the Sasquatch in the woods? That was where it ended. [McMahon’s] like, ‘That’s the most visibly afraid I’ve ever seen in on the screen in years and years. If you can do that in the ring, you’ll make a lot of money.'”

This attitude became the “Hall of Pain” gimmick that made Henry famous and led to a heavyweight championship shot at Night of Champions in 2011.

Mark Henry was inducted into the WWE Hall of Fame in 2018.

Watch the entire interview with Mark Henry and Steve Austin on the WWE Network.