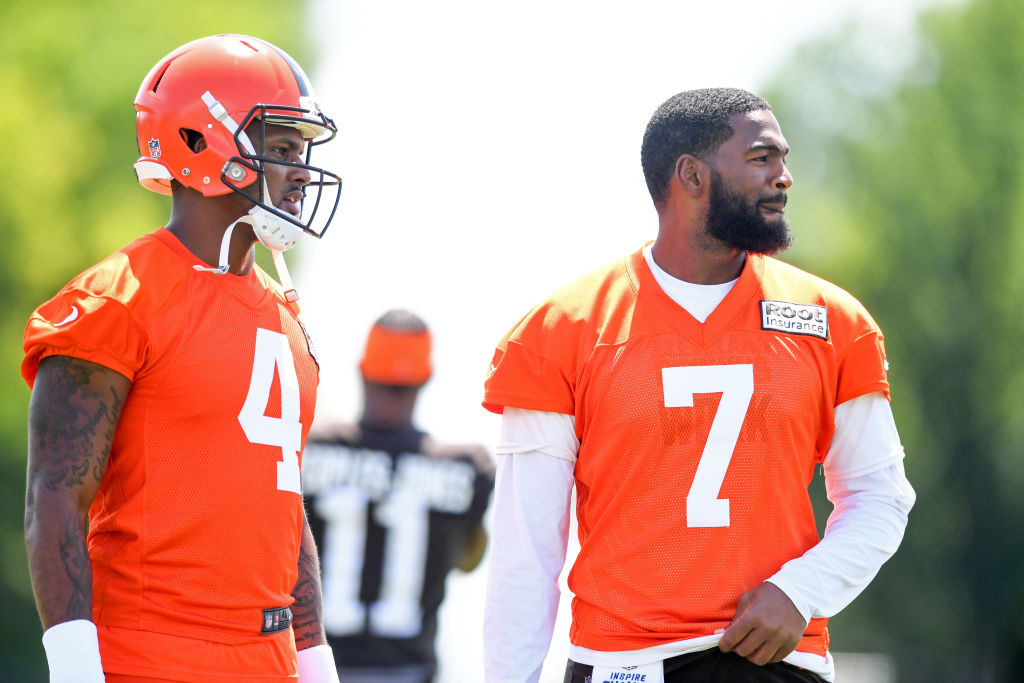 Browns veteran backup QB Jacoby Brissett is doing his best to answer awkward questions about Deshaun Watson while trying to lead the team for the first 11 games of the season.

Last week, Watson was suspended for 11 games and fined $5 million after it was determined that he violated t’s personal conduct policy when he was accused of sexual misconduct by more than 20 massage therapists.

On Wednesday, Brissett fielded questions from the media and was bizarrely asked about how tough it is to try not to be Deshaun Watson on the field, which led to this blunt response.

Jacoby Brissett was asked if it’s hard to not try to be Deshaun Watson on the football field… #Browns pic.twitter.com/X1y4jfVXrf

Fans had a field day with Brissett’s response to the Deshaun Watson question.

BREAKING NEWS: Browns QB Jacoby Brissett validates that it’s easy for him to NOT be an unrepentant serial sex predator like Deshaun Watson. Film at 11. https://t.co/iMNJIZvaf0

Yep it's actually very easy not to be deshaun watson, by being a decent human that respects women https://t.co/6yk7XEK9qa

Everyone reading this and thinking of the second meaning: https://t.co/711Vx5P4OH pic.twitter.com/bsoDJO00iJ

I mean it's very easy not to go to massage parlors https://t.co/Bhhl28uis9

I hope he meant this exactly as I interpreted it. https://t.co/6iV1VfpHGU