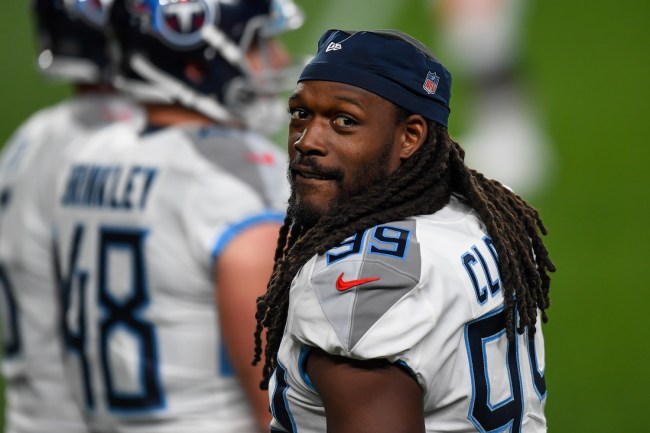 Now that former No. 1 overall pick Jadeveon Clowney has signed with the Cleveland Browns during this NFL offseason, a lot of pundits are wondering just how good the AFC North team can be next season. Sure, it takes more than just one player to go from good to great, but pairing the dynamic Clowney with beastly defensive end Myles Garrett has Browns fans like myself salivating at the potential of Cleveland’s defense.

Since entering the league in 2014, Clowney has had a decent career — earning three trips to the Pro Bowl — but he’s failed to really live up to the high expectations that come with being the top overall pick. Most of that can be attributed to injuries, so it’s not all on the defender for so-called underperfoming.

While injuries are part of the game and athletes can only do so much to avoid them, a recent photo of Jadeveon Clowney working out proves that he’s putting in the work to try and keep his body right this NFL offseason as he prepares for his first year with the Browns. And because the defensive end/linebacker looked absolutely yoked in the picture, you just know it went viral. Take a look below.

Considering Clowney has Garrett has his defensive line mate — and both are former No. 1 overall picks — you just know they’re both pushing one another to be great. I mean, these guys are competitive AF, so neither one wants to be outdone by the other. Again, as a Browns fan, I love this, man.

Jadeveon Clowney has always been strong, quick and talented, but the recent photo of him working out this NFL offseason seems to make it appear like he’s pushing himself even harder. That’s scary for every opposing quarterback, and could just help the Browns overachieve next season.