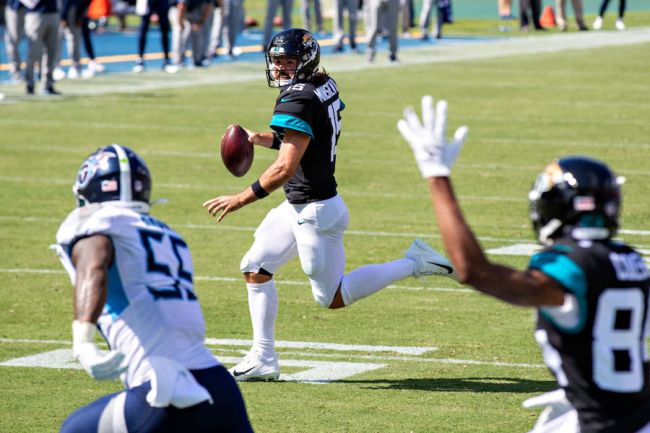 The league might be getting a call from the Jacksonville Jaguars on Monday.

With 52 seconds remaining, the Tennessee Titans pressured on Jaguars quarterback Gardner Minshew and forced him into a bad throw.

The ball was tipped at the line of scrimmage and intercepted by the Titans.

The Titans won 33-30 with a big assist to the refs who seemed to completely miss Jadeveon Clowney lined up offsides.

So Clowney was way offsides at the snap on the #Titans game-clinching defensive play. pic.twitter.com/Wafe5oRgEZ

Here’s video of the final play.

The Titans should have been flagged for offsides, giving the Jags one last shot as Clowney was obviously lined up in the neutral zone.