Updated: Jadeveon Clowney Shoots Down ESPN Report Stating That He’s Signing With The Titans, Says He Hasn’t Made A Decision 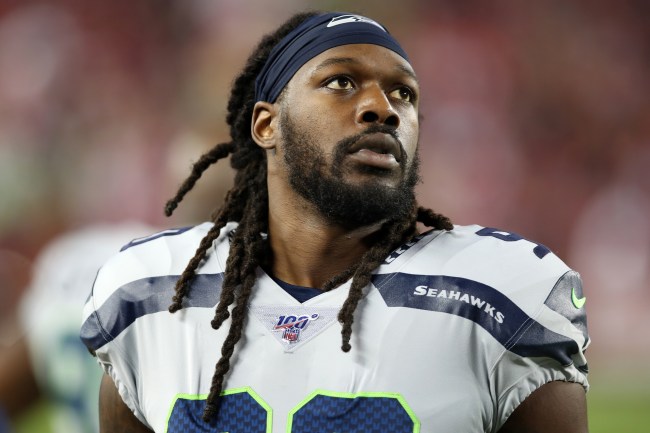 On Saturday afternoon, ESPN’s Diana Russini reported that Clowney was expected to sign with the Tennessee Titans after being pursued by several teams including the Saints.

Jadeveon Clowney is expected to sign with the Tennessee Titans sources tell ESPN. He rejoins Mike Vrabel who was on the Texans defensive staff for Clowney’s first 3 years in the league in Houston. The Saints, the other main suitor, made a very strong case. This was a close one.

Clowney would reunite with Titans head coach Mike Vrabel, who served as his position coach and defensive coordinator when the two were with the Houston Texans.

The seventh-year veteran had his best season in 2017, when he played in Vrabel’s scheme for the Texans. Clowney posted career highs in sacks (9.5), tackles for a loss (21) and QB hits (21) that season.

The Saints, the other main suitor, made a very strong case for Clowney, as well, sources say.

Despite ESPN’s report, NFL insider Josina Anderson says she directly spoke with Clowney and he told her he still hadn’t made his decision yet.

Jadeveon Clowney just told me he still has not made a decision. Teams are still calling.

Update: Diana Russini is now saying Clowney has told the Titans he’s signing with them.

Jadeveon Clowney has told Titans officials he plans to sign with them, per sources. He has also texted with his new teammates his enthusiasm for joining the team. Clowney is expected to travel to Nashville soon.

Update #2 Clowney told Josina Anderson he told the Titans of his decision late into the night.

Jadeveon Clowney just informed me he just let the #Saints know he's now chosen the #Titans. New Orleans made a last ditch push through the overnight to improve its deal & lure him away, but "it came down to familiarity over economics." Added "packing now to head there in morning"

The back & forth w/ the #Saints went on for hours. Clowney & his family are up now talking to family. He's also texting now that the #Titans improved their offer. "Yes they did." Adding, "almost sealed it last night, but we had to lay everything out for the best outcome for me."