Jake Fromm Lands Obvious, Yet Also Perfect Endorsement Deal As He Gets Set For NFL Draft 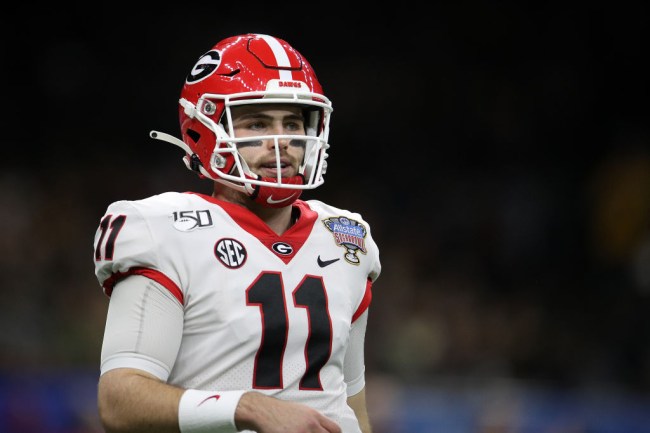 There’s never been a more obvious fit for an endorsement partnership than Jake Fromm and State Farm.

Ever since the now famous ‘Jake from State Farm’ commercial aired years ago – the one where the insurance agent gets asked about what kind of pants he’s wearing over the phone by a curious wife – and Fromm burst onto the scene, it’s been a match waiting to happen.

Fromm’s Twitter name for quite some time has even been ‘JakeFromStateFromm.’ I, along with many other people out there, get triggered every time I see Fromm’s actual Twitter handle (@FrommJake) because it’s so obviously a missed opportunity seeing as how he could have chosen @JakeFrommStateFarm to begin with.

The craziest thing is, nobody has taken the username to this day, it still looks to be available on Twitter.

Maybe that’ll change sometime soon, however, as Fromm and State Farm have officially become partners. The soon to be NFL quarterback joined NFL Network earlier this week and promoted the insurance agency giving a little background information about how the link-up began.

“It kinda started off in high school, you know when the whole Jake from State Farm commercials were coming out, you know, and my name being so similar, it was easy, kinda make it my Twitter handle, kinda ran with it,” Fromm said on Thursday. “Posted a picture in college, you know it, who would have thought you would have been a 16, 17-year-old kid, we’d be here now.”

#ad Fun day at radio row…I’m not the new Jake from State Farm, but I know who is! Tune in before the Big Game to find out! @statefarm

Fromm was asked to pick a winner for Sunday’s Super Bowl matchup between the Chiefs and 49ers and he’s rolling with San Francisco.