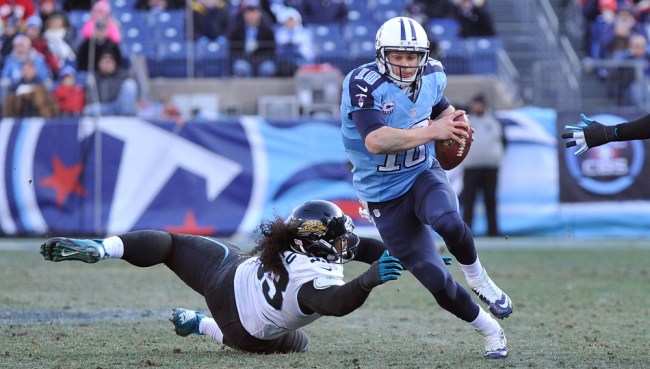 Former NFL quarterback Jake Locker is a very unique case. He was selected with the eighth pick in the 2011 NFL Draft by the Tennessee Titans after a standout career at the University of Washington. But after just four seasons, and 30 games, Locker quit playing football at the age of just 26.

Now, in an in-depth profile by Greg Bishop of Sports Illustrated, the now 29-year-old Locker finally revealed the real reasons why he quit playing in the NFL while he was still in his prime.

Bishop set out to find out three things from Locker: 1) why he retired, 2) what he’s doing now and 3) whether he ever loved football.

Turns out that the seeds of Locker’s discontent with football began way when he graduated from high school in Ferndale, Washington and decided to go to college in Seattle.

It was there that Huskies fans annointed him the savior of the program, even making and selling t-shirts that read “JAKE 3:16.” Then, after his junior season when he was expected to be the number one pick overall in the NFL Draft, Locker decided to instead come back to school for his senior season, costing himself millions of dollars in the process.

According to Locker’s father Scott, all that savior stuff wore Jake down, which is why he knew he wasn’t ready to leave college yet.

And while most people attributed Locker’s unexpected retirement to his many injuries (the most games he played in a season was 11), he says that wasn’t really the case.

Football wasn’t just his job: It had become his addiction. To get his fix and to earn his millions he had to obsess over every detail, had to stay late at the facility, had to take the game home with him. His work-life balance felt off, he says. Then he corrects himself. There was no balance.

The injuries, however, did have an indirect effect on his decision. 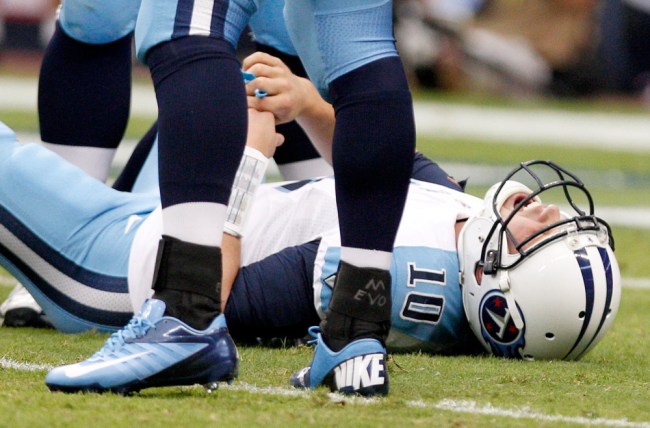 …while he had surgery following three of his four seasons, it wasn’t the injuries that ended his desire to play—it was the time they gave him to reflect. The more days he spent away from the field, the more he wondered why the game seemed so damn important to him. Because everyone else thinks it should be? Because of all the commas in my bank statement?

After once again being injured in the 2014 season, seperating his shoulder again and landing on on injured reserve, Locker decided he’d had enough.

“I had to come to an understanding that I did not leave the NFL on bad terms. I was grateful for the experience. I was just moving in a different direction.”

Making $12 million in four years certainly made that decision a little easier.

Read the entire profile over at Sports Illustrated.