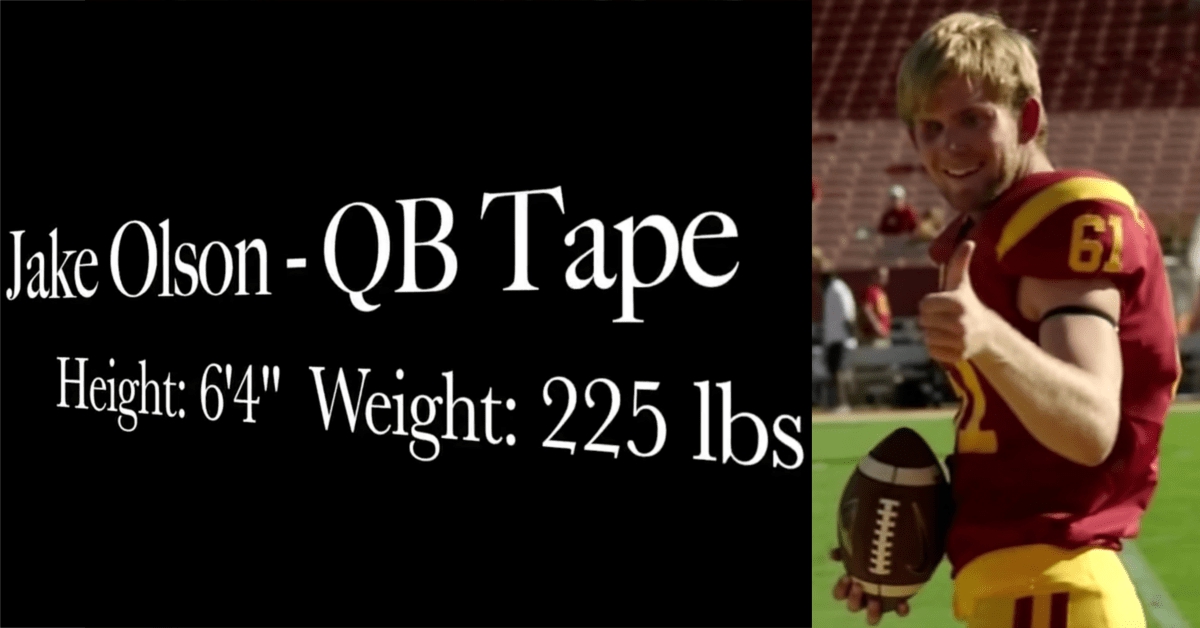 USC’s Jake Olson is out to prove he’s an all-around athlete, from showing off his golf swing to his latest highlight video. Today, Olson shared his quarterback highlight tape saying he was, “Officially entering my name into the 2018 QB competition!”

Check out his full tape featuring (in my opinion, starring) his awesome guide dog, Quebec:

I gotta be honest… there were some solid throws in there and I am somewhat baffled by his ability to hit a moving receiver. I mean, some of those throws were not short passes.

For someone who has been blind from the age of 12, this is insane. I have two fully functional eyes and I can barely hit a moving target more than 10-feet away (exception: It’s 2010, I’m drunk, and it’s a sliding cup in beer pong).

With star quarterback Sam Darnold set to go at the top-ish of this year’s NFL draft, the Trojans are in need of a quarterback. I think Jake and Quebec could be the perfect two-QB combo – a natural runner in Quebec and from the looks of these videos, a pass-first QB in Olson.

Imagine all the ruffing-the-passer flags this good boy would draw: