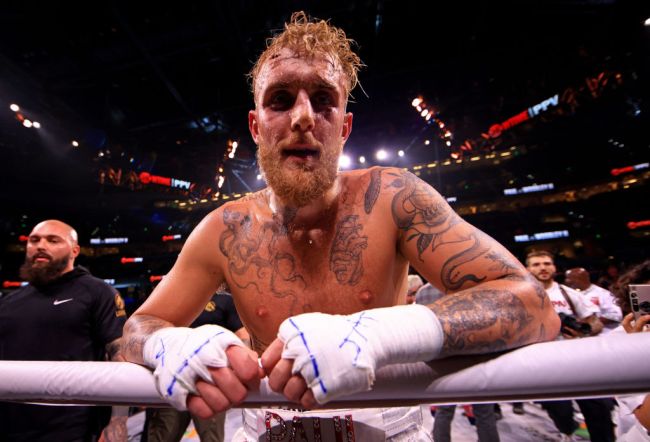 Jake Paul revealed this week that he’d be taking on the biggest test of his career on August 6th, but he’s already got an eye on what will come after that fight.

Paul spoke to TMZ Sports today and revealed what he has his sights set on for after his fight with Hasim Rahman Jr.

Paul told TMZ that he still wants to fight Nate Diaz, a name that has been thrown around quite a bit as a potential opponent for Paul over the past year.

Jake Paul's fighting Hasim Rahman Jr. August 6, but the world's most controversial boxer has his sights set on another opponent: Nate Diaz! https://t.co/PhfYqGU9sO

“I think Nate Diaz is first and foremost.That’s the one that everyone’s been wanting. Everyone knows he only has one or two fights left with the UFC. So, hopefully, when he’s done with that, we can run it back because there’s some unsettled s**t talk there.”

A fight with Diaz is one of the biggest fights possible for Paul and is one that fans would love to see whenever Diaz’s contract with the UFC runs out.

During this interview, Paul also revealed some of the other options that were discussed to replace Tommy Fury before Rahman Jr stepped in.

According to Paul, Julio Cesar Chavez Jr was one option they looked into. Anderson Silva, who defeated Chavez Jr by decision in his most recent fight. Unfortunately, there were issues with Silva’s contract with Triller that prevented the fight from coming together.

It is unfortunately unclear right now when Diaz will be able to get out of his UFC contract as he still doesn’t have a fight booked, but Paul clearly has plenty of lucrative options available for his next fight if he is able to get past Rahman Jr next month.