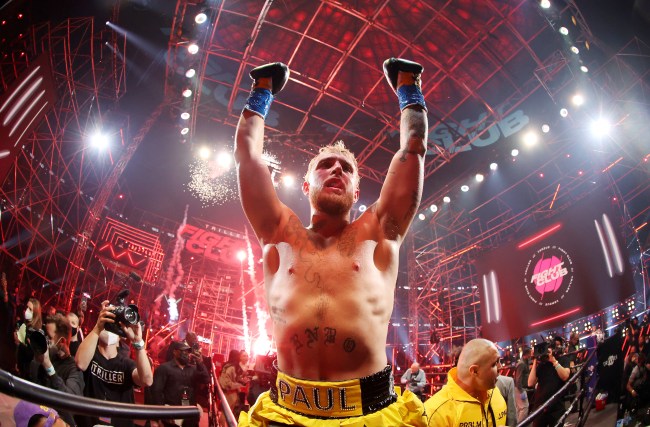 Jake Paul beat Ben Askren in the first round of their boxing match but many fans feel like something was off with how the fight ended.

During Saturday night’s Triller fight club event, Paul knocked down Askren about a minute into the fight with a looping right hand. After giving Askren a standing eight count, the referee felt that Askren couldn’t continue and stopped the fight.

Fans immediately questioned the refs’ stoppage and felt the fight was rigged for Paul.

The whole thing was rigged the man got his money and dipped😭 pic.twitter.com/5GYVvS71da

This Jake Paul fight was the most rigged thing I’ve ever watched . Lmao

The fight was rigged. How does Ben go from winning this to losing to jake paul??? #thrillerfightclub pic.twitter.com/jll9oem0UA

Wait a minute, did Askren get us all? Like this is some magician stuff he wasn’t laughing on his way to the back was he? Cmon Ben lol @Benaskren https://t.co/Kb3jMkB0nR

Jake Paul knocks down Ben Askren then Ben immediately gets back up but the ref calls a stop. Rigged.pic.twitter.com/gG5vB9fqxP

Ben Askren got slammed on his fucking head and then ate like 30 punches from Robbie Lawler and still didn't get knocked out.

He gets hit with one punch by Jake Paul and gets knocked down. Gets up and tells the ref he's good, but ref called it.

I’m usually not this guy. But this fight was definitely rigged from the beginning. Ben and his wife look like they won the lottery. #TrillerFightClub #PaulAskren #jakePaulvsBenAskren https://t.co/c3nPlIOrpx