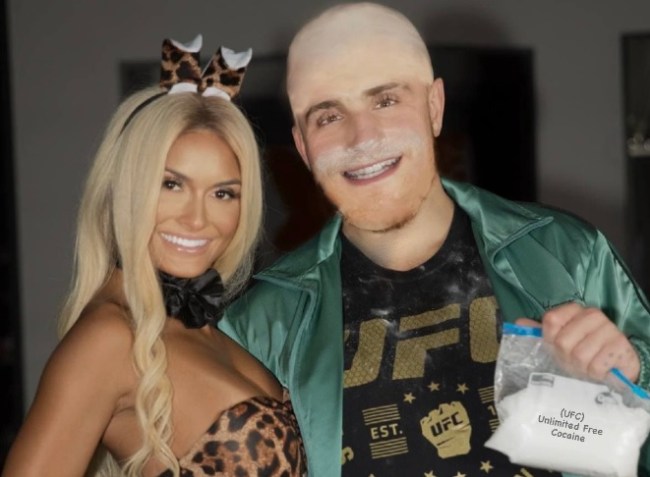 Earlier this week, White was critical of Paul for bashing Claressa Shields after her MMA loss.

“So Jake Paul calls Claressa Shields a loser? Claressa Shields is nothing but a winner who actually fought real people in her weight class in her own age in her own sport and then goes over to MMA and tries to win a world title. That’s not a loser, that’s a winner, okay?

“When are you gonna start fighting somebody your own f—ing age, your own weight, that actually fights in your own f—ing sport that you’re claiming you’re in? Shut the f— up, you goofball. For you to call Claressa Shields a loser is f—ing unbelievable.”

On Saturday Paul fired back by dressing up as “White and his hookers” which is a reference to White getting extorted for $200k by a man who tried to expose the UFC president’s relationship with a Brazilian stripper back in 2016.

Happy Halloween from Dana White and his hookers👻🎃 pic.twitter.com/ndzsPPpLdD

It doesn’t seem like the Paul-White feud is going to end any time soon.