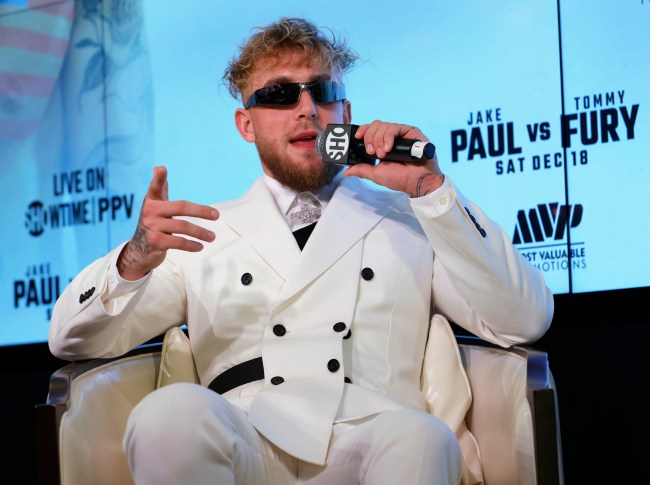 We’re just two weeks away from Jake Paul’s next fight, but today we got an interesting tidbit from one of his previous fight camps. While he was preparing for his fight with Ben Askren, Paul detached a sparring partner’s lip.

That sparring partner was bare-knuckle boxer, Jake Bostwick. Bostwick was one of the guys the Paul camp reached out to while Paul was preparing for Askren and he was surprised to find out how much power Paul was packing.

I’d imagine something similar was going through Ben Askren’s head when Paul knocked him out in the first round.

The big storyline coming into Jake Paul December 18th fight against Tommy Fury will be whether or not that power continues to translate to success in the ring. Paul wasn’t able to finish Tyron Woodley and showed signs of fatigue lat in the fight.

Against an opponent in Fury who is actually building a boxing career, has the best heavyweight in the world training him, and a world class corner, Paul will need to extract everything he can from that power.

As it stands, Paul remains undefeated at 4-0 after knockout wins over Ali Eson Gib, Nate Robinson, and Ben Askren and his most recent win by split decision over Tyron Woodley.

Tommy Fury is also undefeated, working his was to 7-0 with 4 finishes of his own. Tommy Fury’s brother, Tyson, has told the world that Tommy will have to change his last name if this is how he picks up his first loss.

This matchup will tell us a lot about both boxers as they work their way through the early part of their careers.