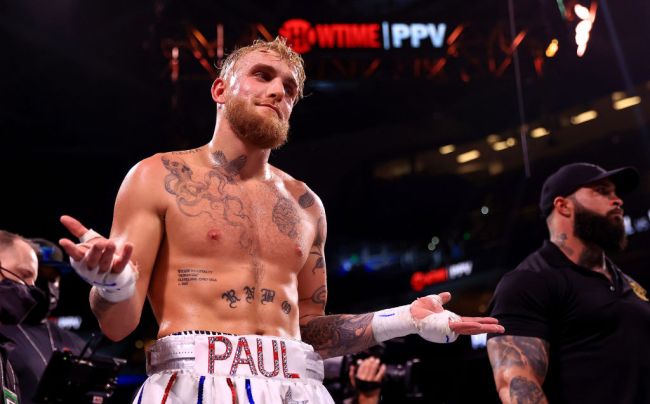 Just when it seemed like the sports world would finally get the payoff to all of the trash talk between Jake Paul and Tommy Fury, the fight once again fell apart. Luckily, that led to a fight that will tell sports fans even more about where Jake Paul’s boxing career is headed.

This morning, Paul officially announced who will be replacing Fury for the fight on August 6th. Paul will be taking on Hasim Rahman Jr.

August 6 I’m showing the world that Jake Paul is a bad mother fucker.

Rahman Jr’s name might not draw in the same kind of viewership that Tyson Fury’s brother would have, but he does present something even more interesting for Paul’s boxing career. He provides Paul with his biggest test yet in the ring.

Rahman Jr brings a 12-1 record into this fight with 6 wins by KO or TKO. He also fought for a title belt in his last fight. He is also the son of former heavyweight world champions.

Jake Paul enters the fight with a 5-0 record in his career, winning 4 of those by KO or TKO. However, Paul has yet to face an opponent with this kind of experience in the sport or who matches up with him physically like Rahman Jr does.

Paul fights so far in his career have occurred at cruiserweight against opponents who have been smaller than him. Rahman Jr fights a weight class above Paul at heavyweight.

The decision to face an opponent like this so early into his boxing career is a move that should earn Paul some respect in the combat sports world and the fight should provide some excitement for sports fans.