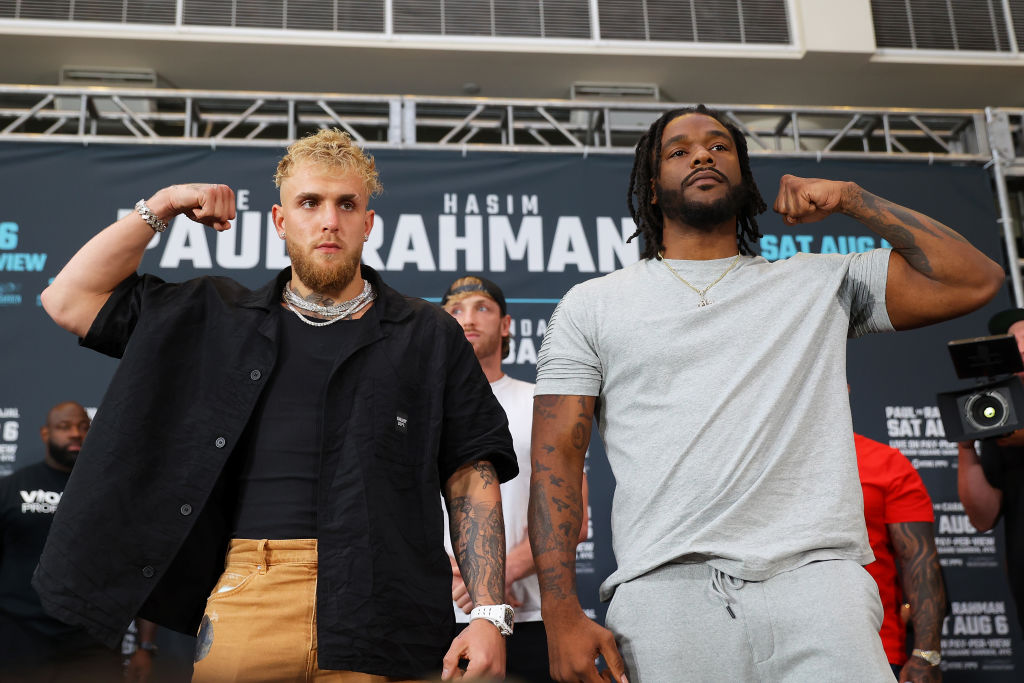 Jake Paul continues to beef with Hasim Rahman Jr. after their fight was canceled due to weight issues.

On Friday Rahman Jr. unofficially weighed in at 206.6 after Paul’s team had offered to move the proposed weight limit of the fight up to 205 pounds but ended up canceling the event because Rahman’s team countered with a 215-pound weight limit.

Original weight limit was 200, raised by NYSAC to 205 pounds last Saturday morning. Extreme miscommunication (trying to be polite here) on Rahman's side prompted Most Valuable Promotions to cancel the fight, and with it the entire event.

Rahman would go on to leak edited videos of his sparring session with Paul from two years ago.

Never in the history of boxing has someone pulled out a fight a week in advance over weight issues. I tried to tell y’all, “he’s a runner he’s a trackstar 🎶 “ pic.twitter.com/rK4HKV71Et

This boy puts out what he wants to put out, but he “beat my ass” in sparring 😅😂 I told y’all I had the training wheels on with this goofy 🤡 the first opportunity he had to run from this fight he took it! Now he’s running to fight @ksi 🤦🏾‍♂️🤦🏾‍♂️🤦🏾‍♂️ this boy never wanted no smoke Fr pic.twitter.com/FF0JUPqpcV

On Sunday, Paul responded to Rahman by posting the entire 2-minute sparring session between the two.

Full 5 rounds of sparring from 2.5 years ago. No edits. People love to make clip outs to make themselves feel better but I always give you all the truth! https://t.co/vTTEPrW3lA

Update: Rahman has fired back to Paul’s recent tweet.

😂😂😂 boy doesn’t like his own medicine 🤣 make sure y’all check out that comment section too 😌 the streets watching you #FAKEPAUL https://t.co/mpXDQIllwJ

You always give the truth? You didn’t decide to post anything besides clips from this session until I start uploading my own clips. #FAKEPAUL you looking sus 😅😴 https://t.co/mpXDQIllwJ