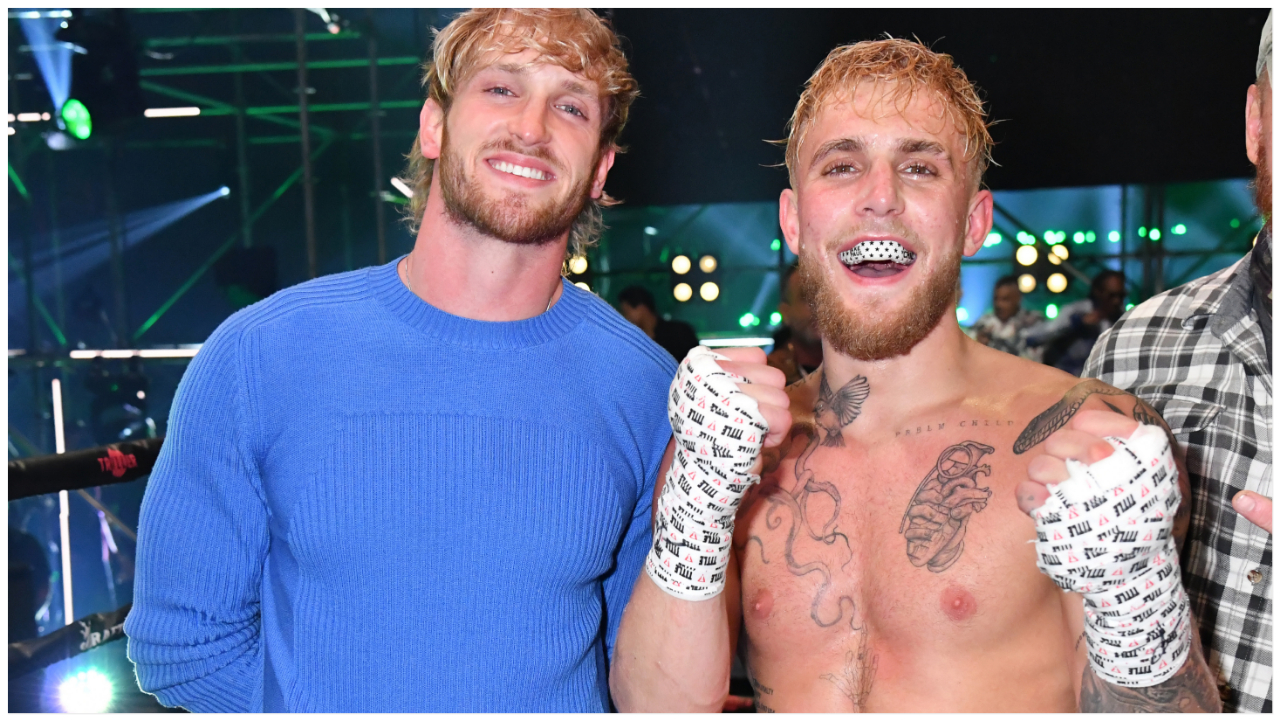 Jake Paul is down to do anything that will make him rich including knocking out his own brother in a boxing match.

During an appearance on the Flagrant podcast, Jake says that he’s talked to his brother several times about fighting each other and he thinks that it’ll eventually happen because there’s so much money to be made.

“Me and my friends were talking about it the other day; that is the biggest money fight out there,” Jake said during an appearance on the Flagrant podcast. “Logan and I talk about it all the time.

“Our parents don’t want us to do it! They’re like ‘absolutely not, why would you do that?’ The Klitschko brothers never fought, the Charlo brothers haven’t fought and the list goes on.

“What me and Logan like to do is make history and do s*** differently, spin the narrative and for that reason I think the fight will one day happen.”

Jake goes on to say that he believes that he’ll knock out his brother because he’s dedicated more time to becoming a boxer these last few years.

“Why not?”. “If he’s down, let’s just say it’s boxing, and anything can happen. If my own brother knocks me out, I’m perfectly fine with that.

“If I knock out him, which is more likely to happen because I love him but he’s never won a fight, he would be the one that would have to accept that. I’ve been boxing for two years straight, now.

“Meanwhile, he’s been doing his podcast, which I’m not hating on and he’s crushing it, but I’m just saying I’ve been more dedicated to it. I would really want to sit down with him ahead of that and make sure we can come out of this peacefully.

“That’s a slippery slope, I wouldn’t want to go back to it, and it wouldn’t be worth it if we couldn’t both be civil regardless of the outcome. What I told my mom was that I want my kids to drive Mercedes-Benz’ cars.”

Jake vs Logan would definitely break PPV records if it were to ever happen.