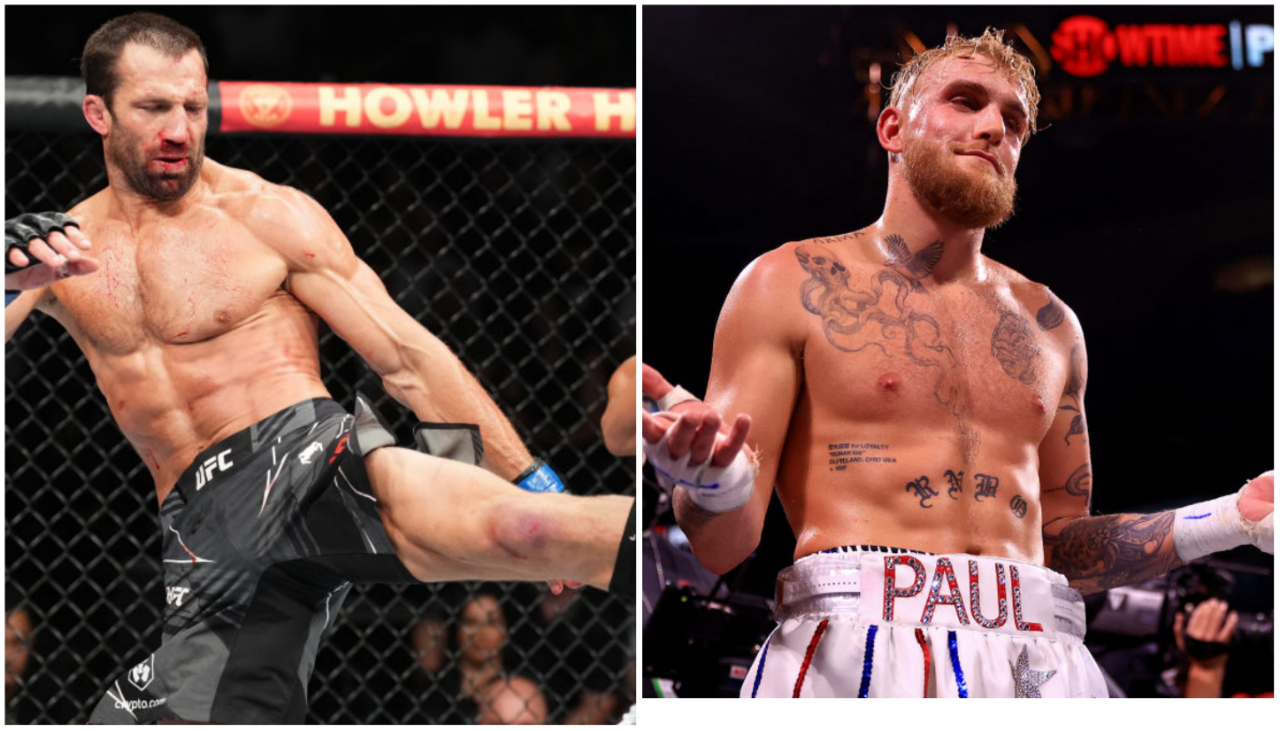 Luke Rockhold was not happy with Jake Paul’s comments about his UFC 278 fight against Paulo Costa.

During UFC 278, Paul got into a heated exchange with MMA journalist Ariel Helwani

Rockcock vs Paulo is embarrassing

This a glorified street fight

Embarrassing for the sport

Does he want a binky?

Fighting is the only sport where people listen to excuses.. in other sports your CUT and never talked about..

He also didn’t over come anything? He lost.. go home…

Luke Rick hold and Paulo as pioneers?? Lol you must be drunk …

They did nothing for this sport. Tf are you saying?! Goodnight bro.

On Wednesday, Rockhold appeared on Helwani’s show and ripped Paul into pieces over his disrespectful comments.

I thought the kid had a better head on his shoulders, and I thought he was doing better for the sport [of MMA]. Like you said, it was cool — I’ve seen him stand up for respect for the sport. But then the hate kind of got to him and made him feel insecure about his hate, and so he tried to put that off on me, because of obviously my cardiovascular system in the altitude. But motherf*****, you’re doing handicapped fighting. So don’t talk. And you’re finding guys that are smaller than you, everything you’re doing. I don’t think I really opened my mouth about you — don’t open your mouth about me. You just don’t f****** understand what fighting is. When you’re thinking about fighting, you’ve got to think about dying.

“Boxing is boxing. Putting these f****** puffy little pads on your hands and all you’ve got to worry about their f****** hands. Think about elbows, think about knees, think about grappling, think about kicks, think about f****** every goddamn thing you could think about. Put you in a state of reality, which you’ve lost touch with.”