Jake Paul Responds To Rumors That His Fight Against Tyron Woodley Bombed And Only Sold 65k PPVs , Admits It Wasn’t His Best ‘Business Night’ 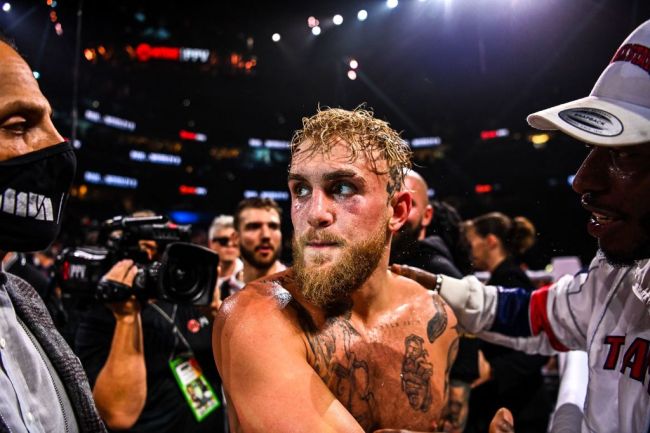 Jake Paul admits that his latest fight against Tyron Woodley didn’t generate as much buzz as their first fight, but claims the numbers aren’t as bad as being reported.

Earlier this week, DAZN’s Steven Muehlhausen reported that the Paul-Woodley rematch only sold 65k PPVs on cable and satellite.

Sources: Have learned that Jake Paul vs. Tyron Woodley 2 "bombed" on cable/satelitte PPV. Numbers are below November's #AEW Full Gear which did under 65,000 buys on terrestrial TV. Streaming numbers are unknown. #boxing

Bitch boy can’t afford the big boys Never again do I want to hear my name associated with the fake. 3 0 5 day is coming #supernecessary pic.twitter.com/XloN8Kex88

On Wednesday afternoon, Jake Paul took to Twitter to shoot down rumors that his fight only sold 65k PPVs while admitting that it wasn’t his best “business night,” considering Woodley was a last-minute replacement for Tommy Fury, who pulled out with an illness weeks before the highly anticipated match-up.

The PPV number rumors are bullshit

Not my best business night

But remember.. Everyone wanted to see me Vs. Fury and that’s what we sold..

We’re going to probably have to wait to find out exactly how many PPVs Paul-Woodley 2 sold but it’s clear that it didn’t perform as well as the first fight.