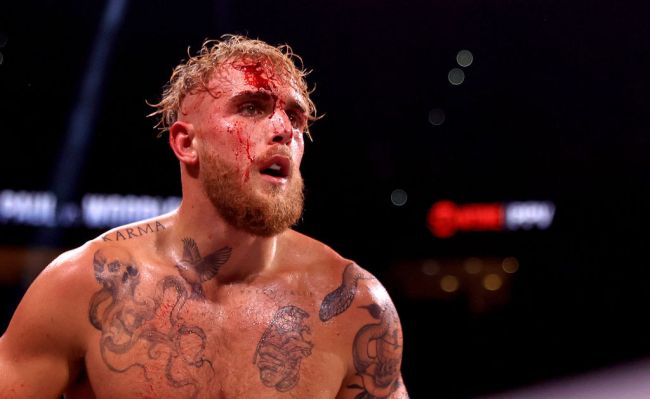 Jake Paul’s fight for August 6th may not have actually been saved after all.

The fight already fell through once after Tommy Fury’s visa was rejected. Then Hasim Rahman Jr stepped up to take the fight against Jake Paul.

Now that fight may be falling apart as well. Paul appeared on The MMA Hour and told Ariel Helwani that the fight with Rahman Jr might be off due to Rahman Jr wanting to renegotiate.

🚨 Jake Paul says that his latest fight vs Hasim Rahman Jr. might be OFF due to Rahman wanting to renegotiate 🚨pic.twitter.com/NVAFDsTZRa

He signed a contract last week for 10 times more than he’s ever been paid for any one of his fights and now, boom, fast forward one week he’s trying renegotiate. He’s trying to suck more money out of the fight.

Paul went on to say that he believes Rahman Jr is trying to renegotiate because he’s actually scared of the fight. He also said that this fight could now be off as they aren’t going to pay Rahman Jr any more for the fight.

It’s unclear what exactly the plan for a replacement would be if the fight with Rahman Jr was cancelled. Paul revealed that there were a few other names that had been discussed prior to this fight being signed, but those alternatives came with issues.

Anderson Silva’s contract with Triller prevented that fight from getting signed. Paul has also had his sights set on a fight with Nate Diaz, but Diaz can’t get out of his UFC contract and can’t seem to get a fight signed so his contract will expire.

If this fight does fall apart, it would rob sports fans of the chance to see Jake Paul truly tested in the ring. It could also cost him a big payday.