Jake Paul Signs Multi-Fight Deal With Showtime, Brags About ‘Getting Paid Like A King’ 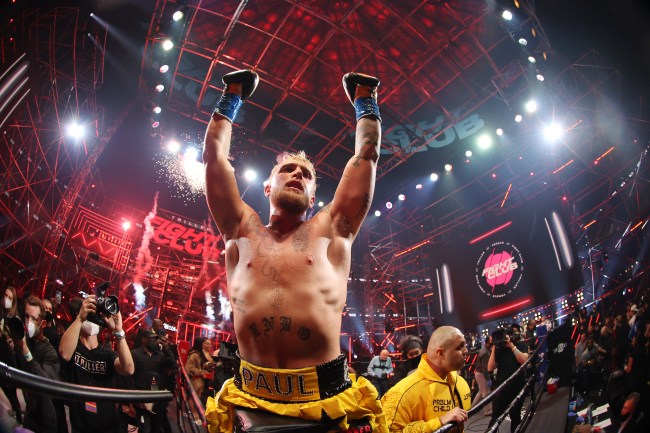 Jake Paul is leaving Triller Fight Club and is now going to be boxing under the Showtime banner.

Paul, who fought his last two fights under Triller, has reportedly signed a multi-fight deal with Showtime Sports to distribute his upcoming boxing matches according to a report by ESPN.

Jake Paul has a new promotional home. The YouTuber-turned-boxing-star has a deal in place with Showtime Sports for his next bout. Full story coming to @espn.

“Jake is proud of the events he participated in with Triller and appreciates the opportunities they afforded him,” Nakisa Bidarian, Paul’s advisor told ESPN. “Jake is excited to continue his boxing career with Showtime Boxing. Fight announcement coming soon.”

Paul went on to brag about the deal on Twitter while teasing his next opponent which he says he will be revealing soon.

in the media business they say content is king… and in the fight business, fighters are the content…so WE are the kings👑

make sure you are getting paid like a king!

Triller CEO Ryan Kavanaugh wished Paul well despite the fact he was leaving the organization.

“We love Jake,” Kavanaugh said. “I wish Jake the absolute best. We had our two fights with him. … I think for us, we’ve gone the distance with him that we can go. We won’t be doing any more Jake fights.”

Paul’s brother Logan will face Floyd Mayweather in an exhibition boxing match June 6 in Miami, which is being distributed by Showtime PPV.

As for Jake, he says that his team has been in contact with the UFC about a potential matchup against UFC welterweight champion Kamaru Usman but it’s currently unclear how serious those talks are.

No matter what who he faces, Jake’s next fight will likely do decent numbers for Showtime.