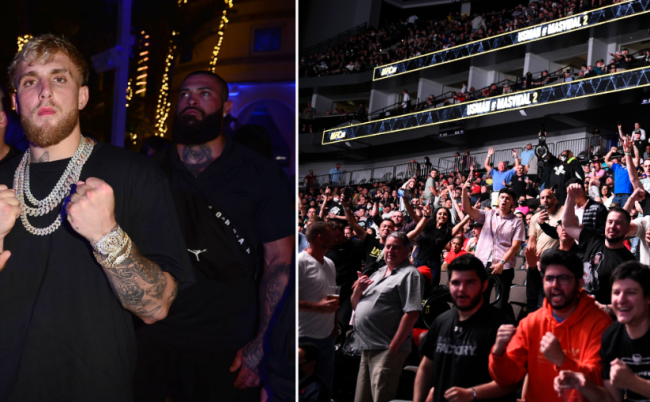 Fans are back in the arena at UFC events and they all hate Jake Paul.

Paul made an appearance at UFC 261 on Saturday night and received a not-so-warm welcome from the packed crowd in attendance.

Before the start of the main card of the UFC 261 event in Jacksonville fans immediately started chanting “fuck Jake Paul” which could be heard on the ESPN broadcast.

Here’s a cageside view of Paul reacting to the chants.

Apparently, Paul had some words with Daniel Cormier, the former UFC champion he’s been talking trash this past week.

DC and Jake Paul having some words with each other #UFC261 pic.twitter.com/3DaiffkaDM