Jalen Hurts Gets A Ton Of Respect From LSU Players After Peach Bowl, Gives Heartbreaking Comment After Loss 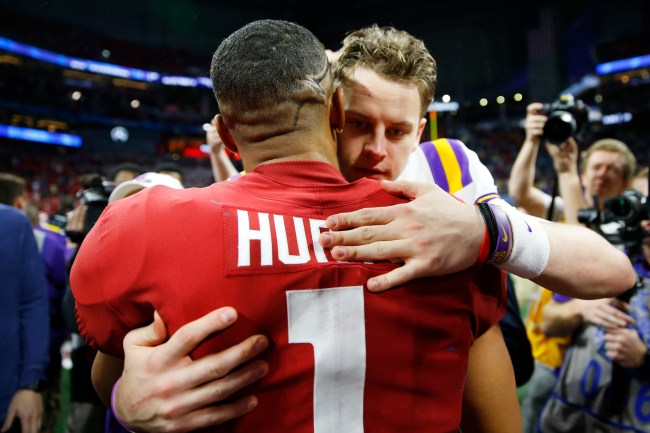 The former Alabama-turned-Oklahoma quarterback Jalen Hurts ended his amazing college career on a sour note losing 63-28 in the College Football Playoff semifinal game at the Peach Bowl against LSU.

After the game, several LSU players came over to Hurts and showed him an enormous amount of respect.

Jalen Hurts gets a ton of postgame love from LSU 🤝 #CFBPlayoff pic.twitter.com/TPntVIvvvG

During the postgame interview Hurts gave an emotional response when asked how he felt after the loss.

“It’s supposed to hurt. This is not a good feeling. This is a feeling I’ve never felt before. It hurts me in my heart. When I decided to come to this school, I told coach Riley ‘I’m going to win you a national championship.’ … It hurts me the most because usually when you come up short in something you can come back and fix it. I can’t come back and fix it. I’ll never play college football again.”

“It hurts me the most. I can’t come back and fix it. I’ll never play college football again.” pic.twitter.com/809hymqtth

Sucks for Hurts, hopefully he can find a home in the NFL next year.