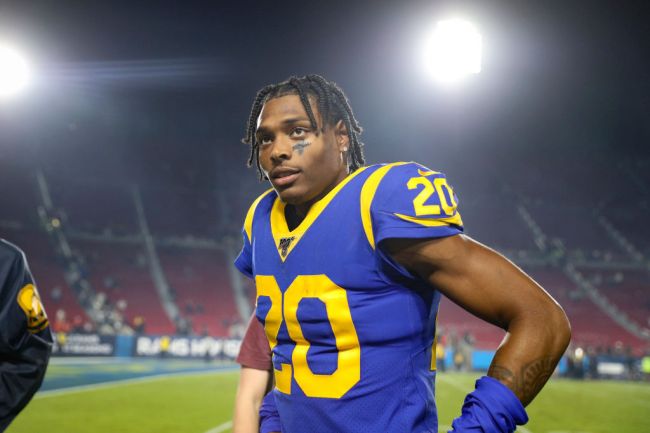 On Wednesday, the Rams and the Raiders held a joint practice that a got a bit heated after Ramsey delivered a big hit on Raiders’ Josh Jacobs.

#Raiders & #LARams mixing it up after Jalen Ramsey gave Josh Jacobs a hard shot that made Jacobs’ helmet pop off pic.twitter.com/ikZBXTdn2Y

Apparently Raiders wide receiver Hunter Renfrow took it upon himself to get revenge for Jacobs and reportedly destroyed Ramsey in practice.

Rams CB Jalen Ramsey is playing heavily in the slot today and has been burned by Raiders WR Hunter Renfrow multiple times.

Hunter Renfrow just hit a SLICK route on Jalen Ramsey for about a 30 yard gain.

Ramsey took to Twitter to shoot down reports that he was getting torched by Renfrow.

😂 I can’t believe that “y’all” believe half the bs that people say for clicks.. y’all gotta know at this point & do better than that lol
It’s all love, I ain’t gon pop my shit, but just know, I’m really the chosen one❕
Thank you God 🙏🏾

Y’all enjoy y’all day tho, because I know I am lol… even the haters, I still hope you enjoy ya day & go make some money 😂

Unfortunately, the Rams and the Raiders played in a closed practice and there is no footage of Renfrow cooking Ramsey.