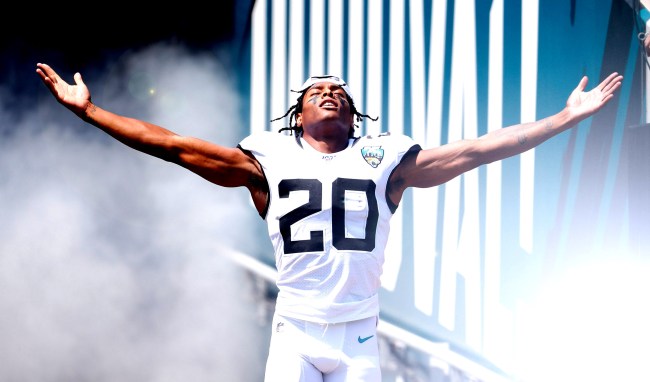 Schefter reports that the Jaguars will receive two first-round picks in 2020 and 2021, and a fourth-round pick in 2021.

The move comes just hours after the Rams traded cornerback Marcus Peters to the Baltimore Ravens for an undisclosed draft pick in the 2020 NFL draft.

Despite having not played since the Jaguars’ 20-7 Thursday night win against the Tenessee Titans on September 19, Ramsey did not miss a single game paycheck.

It’s happening: Former Jaguars’ CB Jalen Ramsey is being traded to the LA Rams for two first-round picks in 2020 and 2021, and a fourth-round pick in 2021, source tells ESPN.

Jalen Ramsey didn’t miss a paycheck….and got what he wanted.

Jacksonville gets back a haul of picks.

Rams get the best CB in the game.

Jalen Ramsey, who is still just 24-years-old, was drafted by the Jaguars with the fifth overall pick in the 2016 NFL Draft.

The Los Angeles Rams, who are the defending NFC Champions, have started the year on shaky ground as they currently stand at 3-3, which is good for third in the loaded NFC West. Currently, the Rams are the league’s 14th rated pass defense, allowing 241 yards per game.

Given the strength of the San Fransisco 49ers and the Seattle Seahawks, the Los Angeles Rams most likely route to the playoffs is a wild card berth. The NFC’s wild-card race is currently loaded, as the Carolina Panthers, Philadelphia Eagles, Detroit Lions, Minnesota Vikings, Chicago Bears, and Dallas Cowboys are all currently in the hunt.

The Rams look for their fourth win of the season on Sunday when they head to Atlanta to take on the lowly 1-5 Falcons. At the time of this writing, it is unclear if Ramsey will suit up.