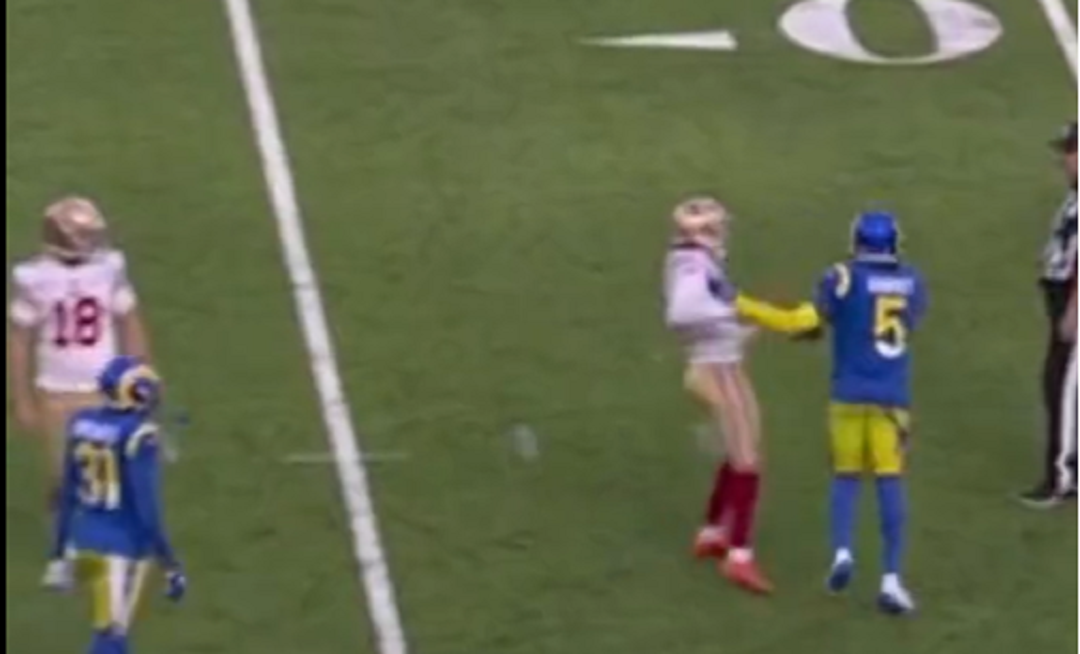 Earlier this year, Ramsey got heated with Gould during the NFC championship game between the Niners and the Rams.

49ers kicker Robbie Gould and Rams CB Jalen Ramsey exchanged some words at the end of the half after Gould made his FG. pic.twitter.com/rtXbLb3GkL

On Sunday, Ramsey continued his beef with Gould when he bumped into the kicker and shoved him before going on a tirade on the sidelines.

Fans thought it was hilarious that Ramsey was so mad at Gould for whatever reason.

LMAO the Robbie Gould Jalen Ramsey beef is BACK