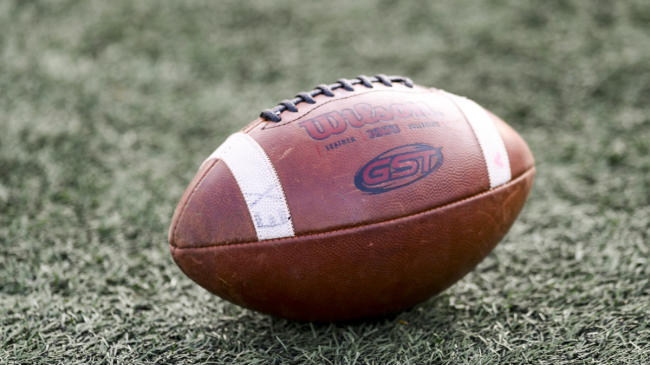 High school receiver Jamarion Carroll made headlines this week due to a viral video that’s making its rounds on social media. The clip shows Carroll hauling in a 90-yard touchdown reception, pulling off a ridiculous 360 hurdle in the process.

Carroll is a wideout at Hirschi High School in Wichita Falls, Texas. The pass catcher is considered a three-star recruit by most services and boasts offers from a number of notable colleges. While he’s currently committed to SMU, he also holds scholarship offers from Texas Tech, Tulsa, San Diego State, and more.

According to his 24/7 recruiting profile, the speedster plays basketball and runs track, too.

Earlier this season, he showed off some of the playmaking ability that’s led to those D1 opportunities. In late August, Carroll made an unbelievable effort that wound up being named the National Play of the Week by Scorebook Live Sports.

Nah I never seen a 360 HURDLE before 🤯 (via @Hudl) pic.twitter.com/vNOGShlcrk

Carroll hauled in the quick strike before hurdling a defender mid-spin. After breaking a few more tackles, the receiver waltzed his way to the endzone for an incredible score.

Now, we’ve seen crazy plays before, but this was absolutely insane.

If he continues this kind of play over the course of his senior season, he could begin racking up a few more college offers.