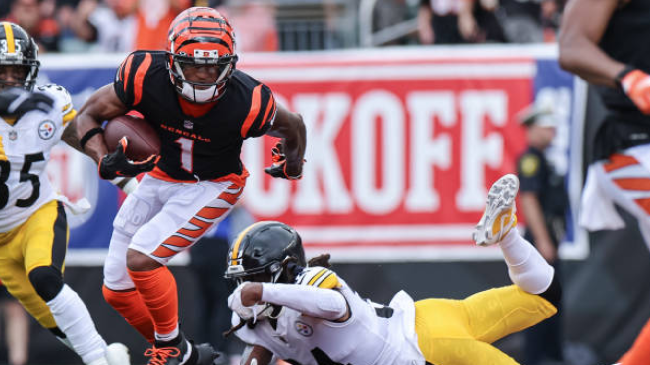 The Dallas Cowboys have some major question marks on the offensive side of the ball heading into their Week 2 matchup against the Cincinnati Bengals, but that shouldn’t be the case on defense.

The defense made major improvements last season thanks to an incredible year from Trevon Diggs and the addition of Micah Parsons.

This week, they’ll face a big challenge when they take on the Bengals and their offense, which led them to the AFC title last season.

Earlier this week, Bengals star Ja’Marr chase was asked about the matchup with Diggs and revealed that he doesn’t believe the corner is very technically sound.

Ja'Marr Chase on Trevon Diggs. "Great ball skills" but there could be opportunities for big plays. #RuleTheJungle pic.twitter.com/exMmjlWLbX

He’s an athlete. He’s got great ball skills in the air. He’s super fast. He’s not too much on technique-sound, though. He’s a little hit or miss. He’s either all the way on or not on at all. But he’s definitely a great athlete.

This isn’t exactly a new take on Diggs. He has gained a reputation as a corner who is willing to take chances to make big plays. That tendency likely played a big part in his impressive season last year where he had 11 interceptions, 2 of which he returned for touchdowns.

However, it’s probably not the type of thing you want to say about an opponent the week of game. It’s the type of comment that could come back to haunt Chase if he’s held in check by the Pro Bowl corner.

The battle between Diggs and Chase was already expected to be one of the most interesting head-to-head matchups of the weekend, but now there’s a pretty good chance this matchup gets a little bit more intense than expected.