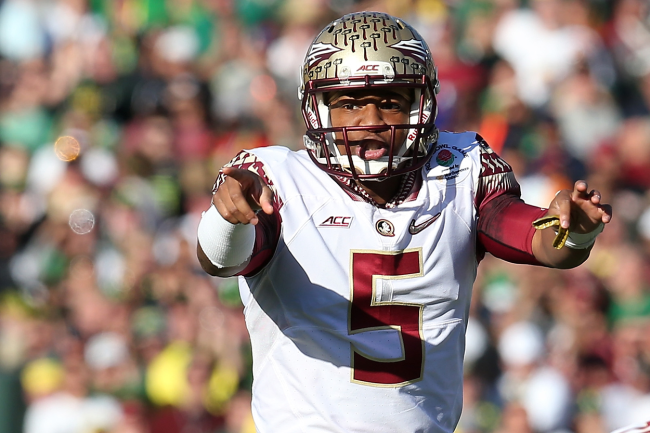 Jameis Winston enrolled at Florida State University on June 20, 2012 as a five-star quarterback from Hueytown, Alabama. Now, almost 10 years later, he is officially a graduate.

Winston, who is slated to be the starting quarterback for the New Orleans Saints this fall, accomplished a lot during his career with the Seminoles. He was named ACC Player of the Year in his first year as a starter in 2013, swept the national awards for quarterbacks, was granted the Heisman Trophy and won a BCS national championship.

As a result of an incredible two years in Tallahassee, Winston was selected first overall in the 2015 NFL Draft. For that to happen, the 6-foot-4, 231-pounder forwent his final two years of collegiate eligibility and left Florida State after three years.

He did not receive his degree from the university before leaving.

Since then, Winston has reached a Pro Bowl, led the NFL in passing yards in 2019 and played for both the Buccaneers and the Saints. All the while, he made it very clear that he had aspirations to finish up at Florida State and graduate from college.

On Saturday morning, he did just that. As 28-year-old Winston lined up alongside 20, 21 and 22-year-olds, he undeniably stood out in comparison.

But when it was his turn to walk across the stage and accept his diploma, it didn’t matter. Winston first pointed to the sky before brandishing a big smile across his face and doing the damn thing.