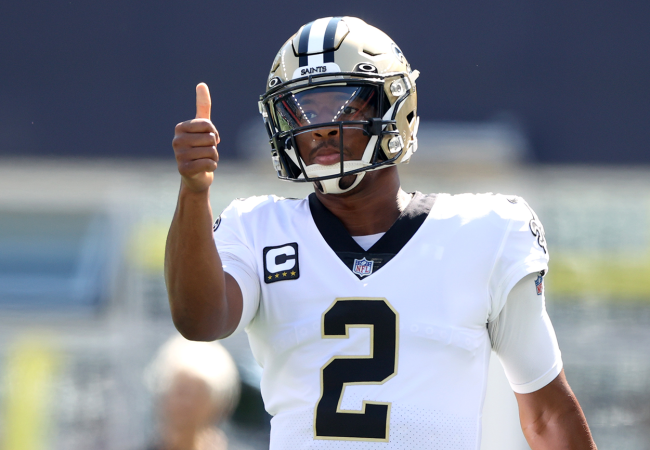 One of the most intriguing storylines of the 2022 NFL season surrounds the Saints. New Orleans has a new head coach after Sean Payton stepped away during the offseason and there are high hopes that the team can return to the top of the NFC South this fall.

A large part of that hope stems from the quarterback position.

Jameis Winston signed with the Saints ahead of the 2020 season and served as a viable backup in his first year with a new team. And then Drew Brees retired, handing the reigns off to the former Heisman Trophy winner and No. 1 overall pick for 2021.

Year 1 without Brees did not go as planned.

Winston started seven games last fall before suffering a torn ACL that ended his season early. That left New Orleans scrambling at the position and they turned to a combination of Trevor Siemian, Taysom Hill and Ian Book to finish out the year.

Despite the fact that Winston played in only seven games, he won five of them and the Saints finished at 9-8 Thus, should Winston play all 17 games this year, the team feels pretty good about where it stands.

Especially considering that Michael Thomas is sparking Comeback Player of the Year talk with his offseason workouts. Winston to Thomas could be a dangerous duo.

A large part of the success is contingent on their health. For Winston, he appears to be well on his way to being at full strength in 2022.

The 28-year-old signal-caller looked healthy during a strange viral workout earlier in the offseason. He followed it up with another progress update last month in which he looked pretty fluid while throwing with a brace.

On Tuesday, Jameis Winston offered his best and most promising injury update to date.

He posted a video of himself throwing without a brace and looked to be moving well, all things considered.

Obviously, there is still a long way to go in Winston’s recovery and he has yet to take contact. There is about a month before training camp and then preseason will offer him an opportunity to test his knee in a live-game situation for the first time.

With that all being said— modern science, medicine and technology is insane. Winston is less than a year removed from a torn ACL and knee damage and he is on track to play at (mostly) full health come September. Even a decade ago, a torn ACL was essentially a death sentence for NFL and professional sports careers. That is no longer the case. Athletes today are mostly able to return from the injury at equal or greater strength.