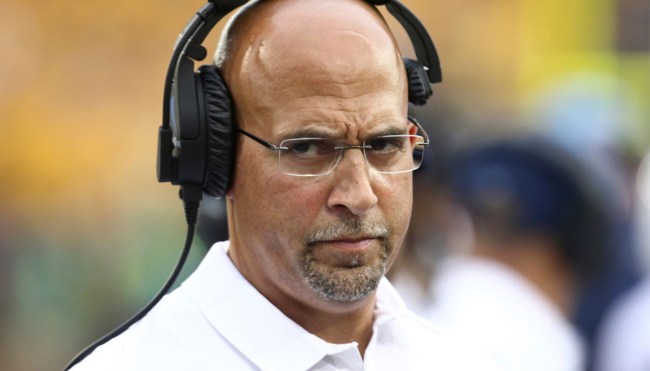 Earlier this year, the American Football Coaches Association revealed it had asked the NCAA rules committee to explore potential options to address an issue that has plagued college football for decades: defensive players who fake injuries at key moments in the game to give themselves a breather and possibly kill the other team’s momentum in the process.

It’s certainly a tricky problem to address, as there’s no real way to determine if a player is legitimately injured, and instituting a deterrent could potentially make athletes play through problems that could only be exacerbated if they’re untreated. With that said, we could see a change to the rules that would require anyone who goes down to sit out for a full series as opposed to a single play.

If you’re rooting for a team that’s forced to put a threatening drive on hold over an ailment that seems to be a bit suspect, it can be hard not to voice your displeasure with that particular development. That’s exactly what plenty of Iowa fans did during last weekend’s contest against Penn State, and on Wednesday, Nittany Lions coach James Franklin made it very clear he was less than thrilled with their behavior.

During a chat with the media, Franklin went on a five-minute diatribe where he pulled out plenty of receipts while tearing into the fans at Kinnick Stadium who booed injured Penn State players at various periods over the course of the contest—including defensive tackle PJ Mustipher, who will sit out the rest of the season as a result of the lower body issue he suffered.

Here are the most notable parts of his impassioned rant via CBS Sports:

“How does this strategy make sense against a huddle team? People use this strategy to slow people down spread offenses and tempo offenses. That strategy didn’t make sense in this situation. In our six years of playing them—six years straight, 4-2 with our record—has that ever shown up?

“Put yourselves in the shoes of a parent. Your son is down on the field with the injury … and your stadium is booing him … I just told you PJ Mustipher is out for the year with an injury and we’re booing. Is that good for college football?”