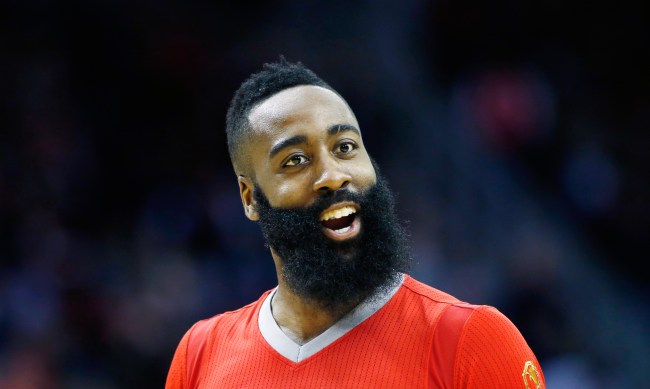 NBA trade rumor season is in full swing and it didn’t take long for NBA fans to lose their minds.

On Monday night ESPN’s Adrian Wojnarowski released a bombshell report claiming James Harden had turned down a $50 million extension from the Houston Rockets and instructed them to trade him to the Brooklyn Nets.

Harden immediately posted a video of himself unscrewing a water bottle cap amid all the trade rumors.

NBA fans immediately debated whether Harden was trying to say cap (the reports are lying) or no cap (there is truth to the reports).

Can’t tell if he’s trying to say cap or no cap https://t.co/JfMSoSDOsT

CAP OR NO CAP, THAT IS THE QUESTION pic.twitter.com/BeYLjZF0m5

Gonna spend the next 48 hours trying decide if this means cap or no cap. Nobody try to contact me https://t.co/b8d3haw1K7

NBA Twitter trying to decide if Harden meant “cap” or “no cap” with his Instagram story pic.twitter.com/nFgwC18hEP

“Okay, but is it cap or no cap?” pic.twitter.com/5fV6prEzsy

The NBA us better than any drama idc https://t.co/V3MY1L2BtM

HE WANNA GO TO BROOKLYN NO CAP https://t.co/fylI3aLIZL