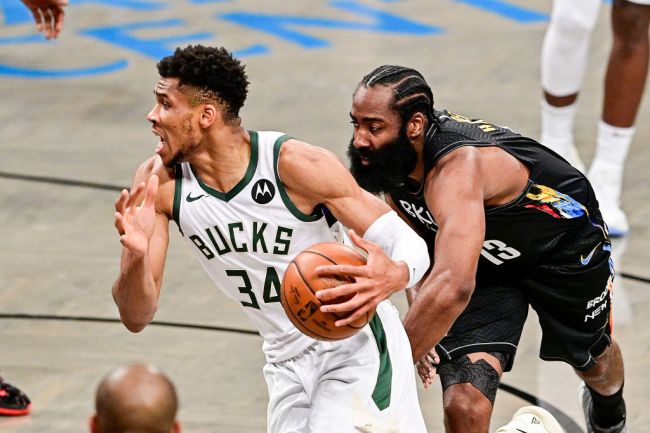 James Harden is eating some major crow right about now.

Back in 2020, Harden took a shot at Giannis for having no skill and dominating by being an athletic 7-foot player who just runs and dunks.

“I wish I could be 7-feet, run and just dunk. That takes no skill at all,” “I gotta actually learn how to play basketball and how to have skill. I’ll take that any day.”

After Giannis scored 50 points in game 6 of the NBA Finals to win his first championship fans immediately mocked Harden for his previous comments about the newly crowned Finals MVP.

Giannis has scored more points in a playoff game than James Harden ever has.

Imagine if he has any skill at all. pic.twitter.com/l6SzStJllY

James Harden really acted like a clown to get traded to a superteam just to lose to Giannis Antetokounmpo in the 2nd round 💀 pic.twitter.com/rORVkmkwjd

Where having no skills and only running and dunking got Giannis Antetokounmpo vs where James Harden at rn 💀💀 pic.twitter.com/HclWbWq80Z