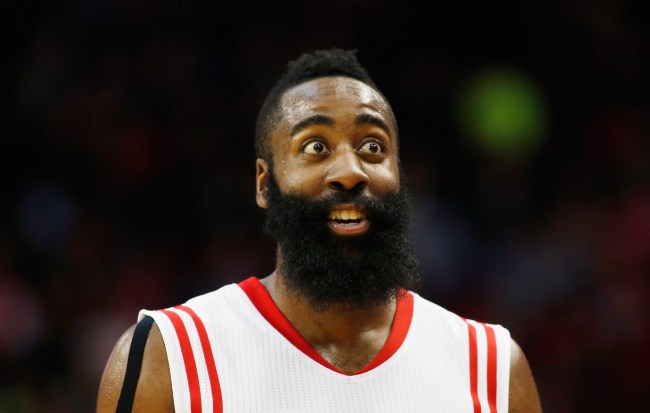 James Harden is a legend in the Houston strip club scene and he’s very much aware of that fact.

During his time in Houston, Harden had his jersey retired at a local strip club after he spent $1 million in one night.

Unfortunately for the stripper economy in H-Town Harden got himself traded to the Brooklyn Nets on Wednesday afternoon.

Brooklyn has granted James Harden's wish to be reunited with Kevin Durant with the Nets. Huge haul for the Rockets, but the Nets were determined to get another All-NBA player in his prime — and get him with Harden. KD, Harden … and Kyrie Irving.

Afther the trade, Harden was seen liking a meme joking about how Houston area strippers are going to miss him now that he’s leaving for Brooklyn.

It’s unclear whether Harden will be able to fit in the Nets offense with Kyrie Irving and Kevin Durant but there’s no doubt that NY strip clubs are going to see a boom because of his arrival whenever they reopen.