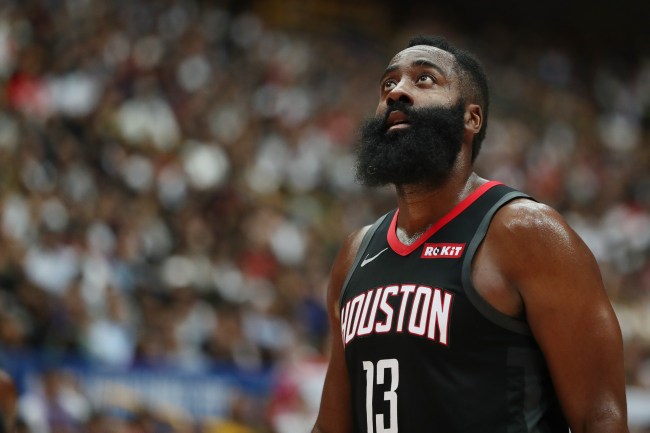 The James Harden-Houston Rockets divorce is going to start getting ugly.

On Monday night, ESPN’s Adrian Wojnarowski dropped a bombshell when he revealed that Harden had turned down a $50 million a year extension from the Rockets and asked to be traded to the Brooklyn Nets instead.

Fox Sports NBA insider Ric Bucher is now reporting that one of the reasons Harden wants out of Houston is because owner Tilman Fertitta is an outspoken supporter of Donald Trump. Bucher also states that Harden isn’t the only Rockets’ player who is unhappy about Fertitta’s close relationship with Trump.

“I immediately thought this was Daryl Morey leaving, and Mike D’Antoni leaving, and Russell Westbrook and James Harden going ‘No offense to Stephen Silas or Rafael Stone, but we don’t want a starter kit, we’re playing for a championship,’” Bucher said on the podcast.

“But what I heard is — and we know how much politics and political position had to do with the boycott and protests during the (NBA) bubble — I’m hearing that Tilman Fertitta’s strong Republican support and donations is one of the things that is contributing to this dissatisfaction, and those two [Westbrook and Harden] are not the only ones to want out of Houston. Lesser players are of the same mind. There is a revolt here because they look at Fertitta as a guy who supports the current president.”.”

Last month, The Ringer reported that Fertitta had donated over $1.2 million to the Republican party since 2015.

During the 2020 election cycle, The Ringer found that more than 80% of political donations by NBA owners have gone to Republicans and Republican causes, including the Trump Victory Campaign: https://t.co/UvoViOD81R