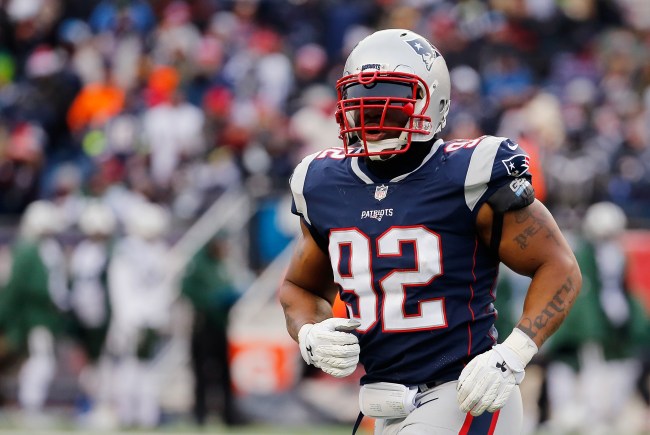 Thoughts and prayers go out to the people of Pittsburgh. Not only did they get bounced from the divisional round at home in a heartbreaker, but they have the added luxury of watching their franchise’s all-time sacks leader compete for a Super Bowl title with the sworn enemy. Jesus, sports can be cruel.

Words are words, but this dude’s reaction is how all of Pittsburgh felt to learn its former golden boy is Super Bowling without them.

Steelers Nation when they see that James Harrison is going to the super bowl with the Patriots pic.twitter.com/ZLecnMWLij

Harrison joined the likes of Darrelle Revis, Martellus Bennett, and Brandon Browner as aging athletes chasing championships, and proved that he is not just taking a backseat on the ride. Harrison recorded three tackles in the AFC Championships, including a strip sack on a second-and-10 play at the Patriots’ 38 that essentially killed the Jags attempt at a comeback.

Following the 24-20 comeback victory, Harrison told NFL Network’s Kimberly Jones, “It feels good. That’s the goal every year — to go to the Super Bowl and win it. We’re one step away.”

While Philly fans are stumbling home after burning the city to the ground, James Harrison is currently getting incline bench work in, a mere 12 hours are playing a physical playoff game.

It looks like he’s throwing up 335. Without a spotter.

I’m a Patriots fan, but I genuinely feel bad for Steelers fans for having to digest this visual.

I wouldn’t wish that on my worst enemy.