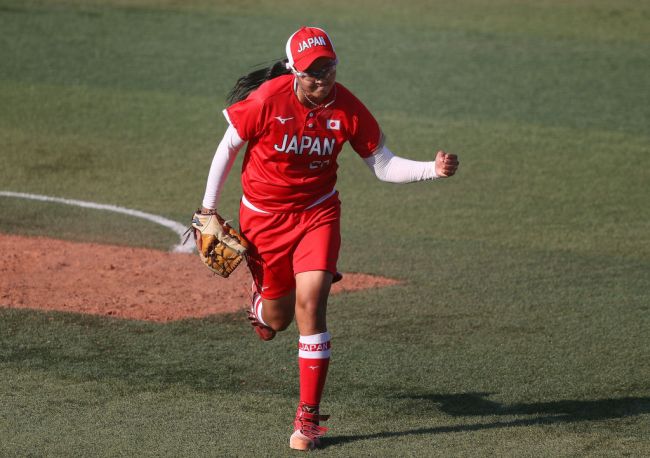 Olympic gold medalist Miu Goto will have her gold medal replaced less than a week after the closing of the Tokyo Games. The medal has been deemed the ‘germ medal’ and will be switched out for a new one.

Goto, a relief pitcher on Japan’s championship softball team, returned home to Nagoya to celebrate her win last week. She was met by a large ceremony and heralded for her feat.

Among those in attendance was Nagoya mayor Takashi Kawamura. Goto placed the medal over her hometown mayor’s head before he proceeded to pull down his mask and bite the medal.

Biting the medal is a very common occurrence amongst medalists. However, for the mayor to do the same with a medal that isn’t his was a strange move.

The chomp did not appear to damage the medal, but it came amid the COVID-19 global pandemic. As a result, Kawamura’s bite caused a minor scandal over his flouting of protocols and perceived disrespect for Goto’s golden honor.

“Apart from showing a lack of respect for athletes, he bit it even though [athletes] are putting on medals themselves or on their team-mates during medal ceremonies as part of infection prevention measures. Sorry, I can’t understand it,” Japanese silver medallist fencer Yuki Ota wrote on Twitter.

Even Toyota, which owns the club team that Goto plays for, condemned Kawamura’s actions, calling it “inappropriate” and “extremely regrettable.”

Not long after the clip went viral, the term “germ medal” was trending in Japan. The 72-year-old mayor later apologized for his actions, which prompted over 7,000 complaints to his city’s authorities.

“I forgot my position as Nagoya mayor and acted in an extremely inappropriate way,” he said.

The International Olympic Committee announced on Thursday that it will be getting Goto a new gold medal as soon as possible and will bear the entire cost.