Japan To Open First-Ever Esports Gym, If You Use The Term ‘Gym’ Very, Very Loosely 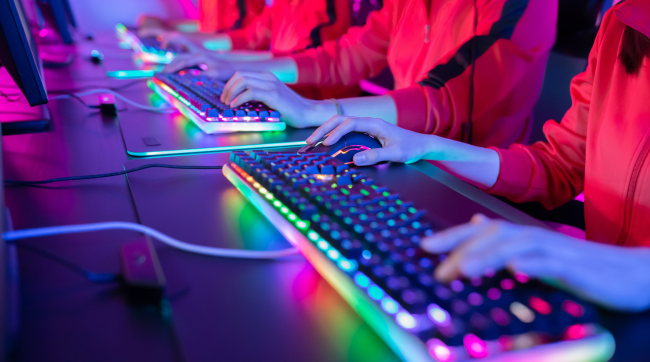 The word “gym” is short for “gymnasium” which means, according to Merriam-Webster, either (a) a large room used for various indoor sports (such as basketball or boxing) and usually equipped with gymnastic apparatus, or (b) a building (as on a college campus) containing space and equipment for various indoor sports activities and usually including spectator accommodations, locker and shower rooms, offices, classrooms, and a swimming pool.

Japan has officially opened its first-ever esports gym in Tokyo with 12 gaming PCs with gaming chairs and headsets, the option to pay for professional coaching sessions and, of course, a lounge.

Now I am not arguing whether or not esports is a legitimate sport. It’s in the Olympics now so that ship has sailed. What I am going to argue is that a shop with 12 PCs in it is not a gym, regardless of how many professional gamers – pro players from Crest Gaming, Glory be esports, and Delta – are there to provide instruction and coaching.

This new esports gym, called Esports Gym (excellent use of capital letters), hopes to create a world “anyone and everyone can enjoy serious esporting whenever they want,” reports Japan Today.

“The future begins in Tokyo,” reads the tweet below.

It’s intended to be not only a place for esports players to casually practice their trade, but to also undergo serious training; the gym is expected to be the first one in the country to offer paid coaching sessions from professional esports players. Coaches will hail from Crest Gaming, Glory be esports, and Delta, all champion teams in various games.

Players of all levels, from beginner to advanced, can enroll in training, either in-person or online, and students can even aim to become professional esports players. There will be a special online course for advanced students that, if passed, could lead to tryouts for Crest Gaming.

Gaming glasses will also be “permanently installed” at Esports Gym, which is apparently a big enough deal to warrant its own tweet.

Esports Gym is scheduled to open up to the public on May 19 with its PCs pre-loaded with the games VALORANT, League of Legends, Identity V, Rainbow Six Siege, and Puyo Puyo Champions.

Monthly memberships start at around $50, coaching sessions will run you about $25 an hour, or you can just come in anytime and use one of their gaming PCs for around $13 an hour.

“It is finally born at Akabane Iwabuchi Station on the Tokyo Metro!” reads the tweet below.