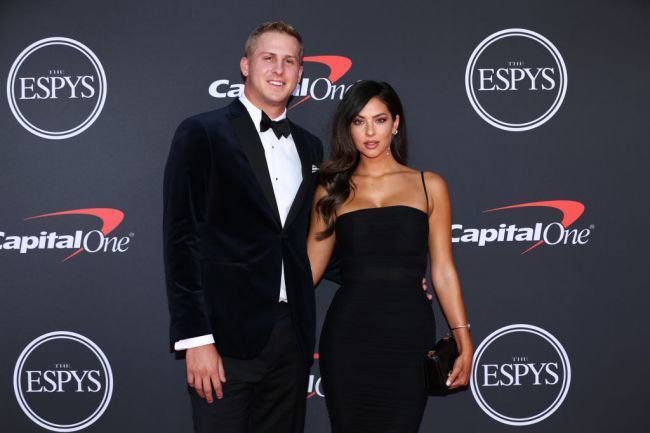 As of March 18, 2021, Christen Harper had it all. She was living in always-sunny Los Angeles, featured in the Sports Illustrated swimsuit edition and dating Jared Goff, the starting quarterback of the world’s second-biggest media market.

Now, seven months later, she has 1.5 of those three things.

She is still killing it as a model and dating Jared Goff, but he’s quarterbacking the winless Lions and they’re living in Detroit.

That is not entirely a knock on Detroit. I have been to the Motor City on multiple occasions and never had a bad time.

There is a ton of history, all kinds of music, great people and plenty of opportunities to enjoy the city throughout the summer and fall months.

However, winter is quickly approaching and, when push comes to shove, Detroit is Detroit. As days become shorter, skies become darker, and dirty snow starts to cover the streets, leaving the house to do anything will sound more and more miserable.

To make things even worse, this time last year, Goff and Harper were living in this Hollywood Hills next to the likes of Drake, The Weeknd, and the Jenner/Kardashians. Now they live in Detroit.

Even people who love and live in Detroit can understand what a fall from grace that might be. Especially for a swimsuit model and social media “influencer.”

And yet, Harper is handling the move with the utmost grace. During an Instagram Q&A with fans on Wednesday, the 28-year-old was asked if she misses Los Angeles.

Here is what she had to say:

She went on to say that Detroit has given her the “opportunity to slow down and focus on things I haven’t been able to in a long time because of the fast paced lifestyle in LA.”

While that may be true, Harper also added that she is “missing her friends and family” and is sure that she will “start missing the sunshine.” That will be true more than she even knows.

The good news is that all she has to do is endure 80 more days. Come January 9th, when the Lions conclude their regular season, she and Goff can immediately hop on their private plane and take a six-month vacation.

The bad news is that Detroit restructured Harper’s boyfriend’s contract to keep him in Michigan through 2022, so she’ll have to do it all again next season.

In the meantime, Harper is saying all of the right things. The last thing that she should do is talk about how much she wishes Goff was still in Los Angeles (because she probably does), so credit to her.