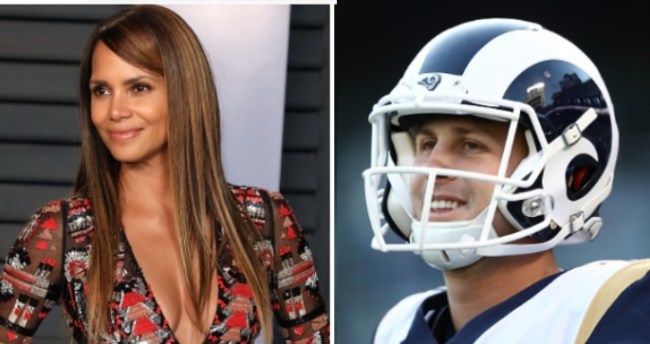 During Sunday’s Rams-Seahawks game, Rams QB Jared Goff could be heard yelling out the name of famous Hollywood actress “Halle Berry” several times at the line of scrimmage to change the play.

It left the Internet wondering what the hell it meant.

If you think about it, this is a great way for quarterbacks to get a famous actress’ attention.

Halle Berry herself was curious as to why the Rams were using her name during the game and wanted to know what the play was. She took to Twitter to ask Goff just what the hell he was doing using her name.

That’s when Goff responded to Halle with this smooth line that impressed both his teammates and fans.

It’s my favorite play ever https://t.co/YLWi7c3DNE

Smooth, Jared. So, so incredibly smooth. His teammates and others on Twitter agree.

It’s Jared Goff’s world. The rest of us are just living in it.