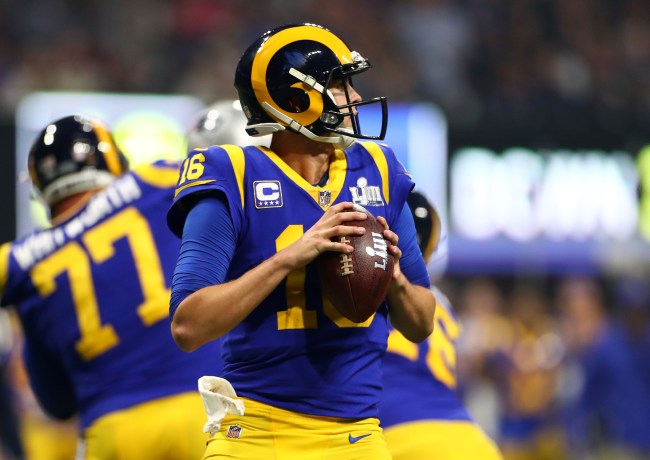 Tonight, the LA Rams secured their QB position for the long-term when they signed Goff to a massive 4-year $132 million contract.

The team has agreed to terms with the quarterback on a four-year contract extension, NFL Network Insider Ian Rapoport and NFL Network’s Michael Silver reported, per a source informed. The team later made the news official.

The deal is worth $134 million with $110 million guaranteed, Rapoport added.

Goff was one of the league’s top QBs in 2018. He led the Rams to a 13-3 record but they lost to the New England Patriots in Super Bowl LIII.

Compensation update: Rams are giving QB Jared Goff a four-year, $134 million extension that includes an NFL-record $110 million guaranteed, per source. It ties him to LA through 2024 season.

Of course, the Internet had hot takes about Goff’s contract extension.

That Jared Goff contract. That has the chance to be an all time bad contract. Not even effective for 2 seasons. What if he sucks for the next 2 years? You’ve guaranteed him $110 million. He’s replaceable. Sheeeeeeesh.

Mahomes will get $150M guaranteed https://t.co/aRx5tdda67

Jared Goff is a borderline backup quarterback without Mcvay. You really hate to see it https://t.co/bHiiT5QG8g