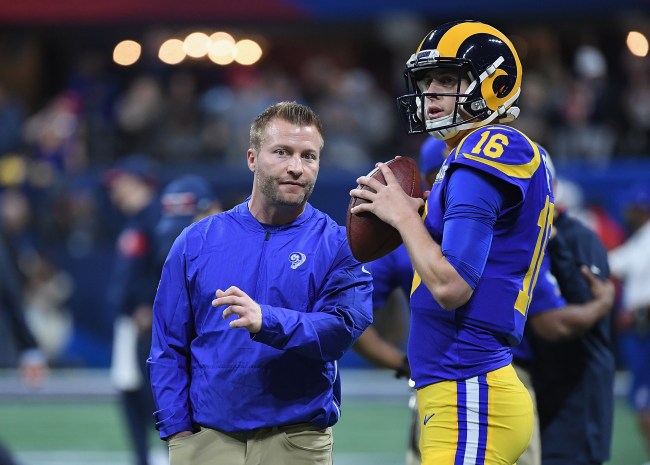 Jared Goff is ready for a fresh start in Detroit after a rocky year in LA.

At the end of the season last year, Goff was not happy that head coach Sean McVay benched him for backup QB John Wolford.

He’s a competitor and he was not happy,” Silver said after insinuating that smoke was coming out of Goff’s ears. “Yes, he was 12 days removed from thumb surgery and had three pins in that right thumb, but he believed he should’ve started this game and he and Sean McVay had some long, heartfelt conversations leading into that decision.

“Stylistically and professionally, they’ve gotten a bit crossed-up from where they were two years ago when the Rams were rolling all the way to the Super Bowl and then you add this decision, and he was in a tough place.”

After Goff was traded to the Lions on Saturday, the QB appeared to take a shot at his former team while speaking with Michael Silver.

Jared Goff to @MikeSilver on getting traded to Detroit: “I'm just excited to be somewhere that I know wants me and appreciates me."

It sounds like Goff has already been told that he’s going to be the starter in Detroit next season.

Just talked to Jared Goff — he has already spoken to Lions coach Dan Campbell and several other members of the Lions’ staff. Based on those conversations, they very clearly view him as their starter moving forward. Physical coming soon. Sounds like they’re fired up to have him.

It seems like Goff is going to better off in Detroit next season than he would have been if had stayed in LA.