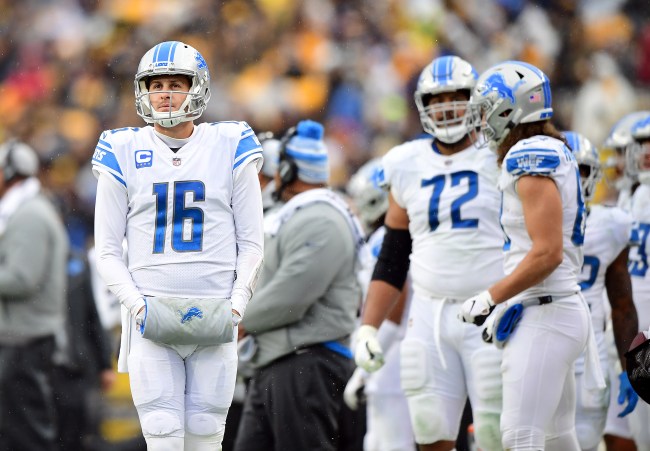 In what has become a regular occurrence over the last year or so, Jared Goff has been ripped in the media. This time around, the source is a bit surprising.

In an Instagram post this week, Terrelle Pryor called Goff “terrible”. Anyone who remembers Terrelle Pryor’s NFL career will find themself wondering if Pryor sees the irony in his own statement.

Pryor entered the NFL after a solid college career at Ohio State ended in scandal and a spot in the supplemental draft. He would spend 3 years trying to be a quarterback before his 9:12 TD:Int ratio made it clear that path wouldn’t work out for him.

He then transitioned to wide receiver and shockingly put up a 1000-yard season before breaking the hearts of fantasy managers everywhere and never topping 250 yards again.

On the other hand, Jared Goff has led the Rams to Super Bowl appearance and topped 4500 yards twice in his first 5 seasons in spite of starting his career with Jeff Fisher as his head coach. Now he is struggling with arguably the league’s worst supporting cast and that has made him fair game for anybody that wants to take a shot at him.

That includes a QB who completely failed in the NFL and Michael Brockers, one of his former teammates who ended up also being traded to the Lions in what can only be described as karmic justice.

Not only did Pryor call Goff “terrible”, but he followed it up by laughably adding that he could do better “this second”. It is absolutely incredible to watch a player whose NFL career was a complete disaster talk trash about a guy who only missed out on reaching the pinnacle of football because he ran into the NFL’s greatest dynasty.

Maybe Pryor should take a look at his own career before he comes after any more NFL QBs.