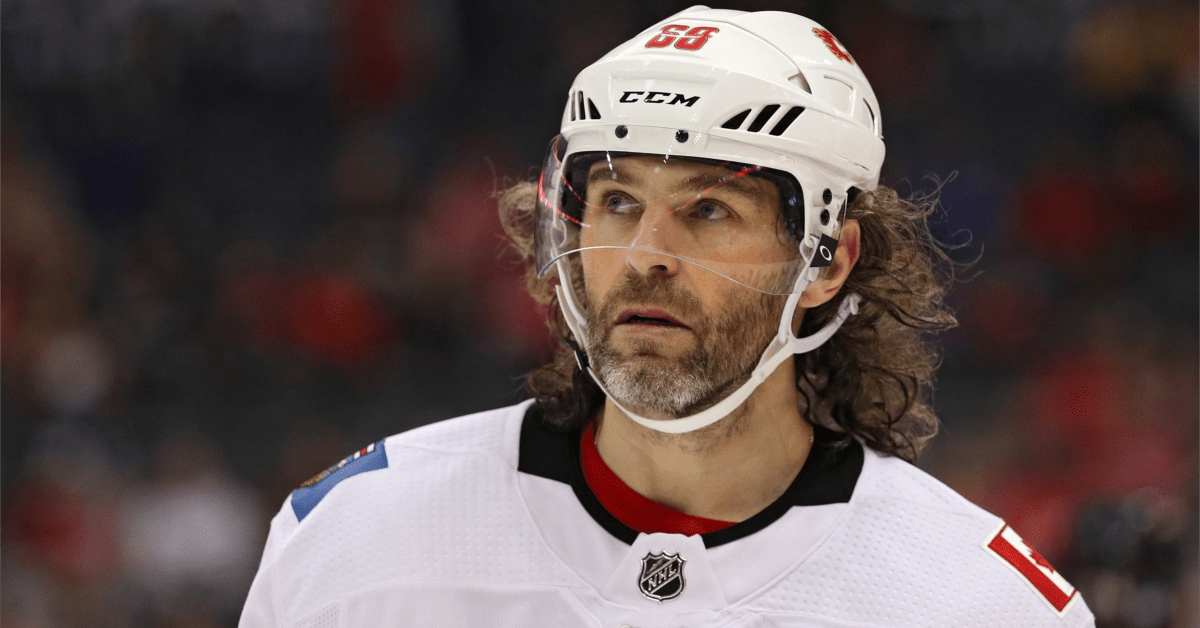 It’s a sad, sad day for hockey fans around the world. Our deepest fear has come to fruition, Jaromir Jagr’s NHL Career will end after nearly three decades. Ending an absolutely legendary career, both on and off the ice.

LISTEN: An Exclusive Interview With A Founder Of The Traveling Jagrs 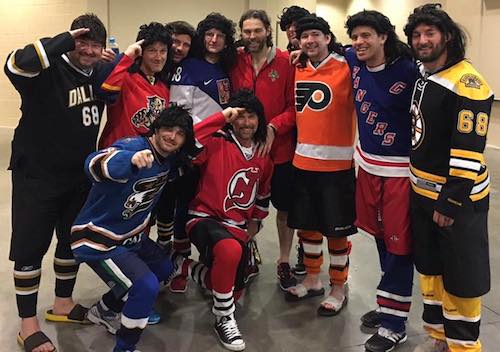 LISTEN NOW: Dallas Jags and I discussed Jagr’s NHL career coming to an end, his legendary mullet, his time in Calgary, what he’ll do after hockey, why fans are obsessed with him, and a ton more.

Last week, the Calgary Flames placed the 45-year-old forward on waivers with little expectations he’d be claimed by another NHL team. Earlier today, expectations were confirmed – Jagr passed through waivers. Following the tragic news, it was confirmed Jagr will join HC Kladno.

Jaromir Jagr (CGY) clears waivers. Expectation is his NHL contract for balance of season will be assigned to Kladno in CZE.

As we are forced to read the final chapter of the epic tale that is Jaromir Jagr’s NHL career, we have to look as the astounding longevity and overall performance delivered by the most interesting man in hockey.

First, the stats… that kind of NHL career stats that require a “holy shit” caliber reaction. Jaromir Jagr, essentially, will finish top-5 in every major player stat and top-3 goals, points, and games.

It appears that's a wrap on Jaromir Jagr's NHL career –
part of a crazy 21-year three-man grip on the Art Ross Trophy pic.twitter.com/KEhkKO2fB0

The numbers speak for themselves but I think it’s fair to take a step back and look at how this Hall Of Fame career is coming to an end without the proper farewell tour. It outrages me that a player like Cody Fucking McLeod can be claimed off waivers yet less than a week later, a legendary forward like Jagr goes unclaimed.

I have a very hard time believing the financial benefit of claiming Jagr wouldn’t end in profits, plus he likely brings at least a small increase in on-ice performance through a depth role. According to ESPN – the New York Islanders, Carolina Hurricanes, Columbus Blue Jackets, and Ottawa Senators are all bottom-10 in the league for average in attendance this season. The increase in jersey and ticket sales would likely offset Jagr’s $1 million salary and cap hit, plus any of the above-mentioned teams could use added forward depth.

I can spill more stats and reasons supporting Jagr’s worthiness to be on an NHL roster and I can raise my fist to shout at the gods but instead, let’s pour one out for the GOAT.

Official comment, the only thing that should be getting waived is the waiting period for the HOF @HockeyHallFame pic.twitter.com/Yl8vKEfq13

With Jagr gone, I want to share my favorite obscure stat about him. While on the podcast this summer I looked up Jagr's elite prospects page to see something, and noticed during the 94 lockout he played a single game in the Germany3 league. One game. 1 goal, 10 assists, 11 points

Cheers to one of the most impressive athletes and interesting personalities of my lifetime!

Jaromir Jagr was put on waivers and will now return to his old career pic.twitter.com/3V4RZZfYy0