LISTEN: My Chat With The Traveling Jagrs About Jaromir Jagr’s Legendary NHL Career

Jaromir Jagr’s NHL season officially ended yesterday and that likely marks the end of an impressive 24-season. Ole Jags has been a beaut of a legend for nearly three decades and he deserved to be sent off in style. Naturally, I decided it was best to chat with his biggest fan(s) about his long career and impending retirement from the NHL. So, after hearing the news of Jagr and the Calgary Flames working on an “exit plan” I gave Trevor AKA Dallas Jags of The Traveling Jagrs a call.

Dallas Jags and I had a long chat all about The Traveling Jagrs and the beauty himself, Jaromir Jagr. We cover: 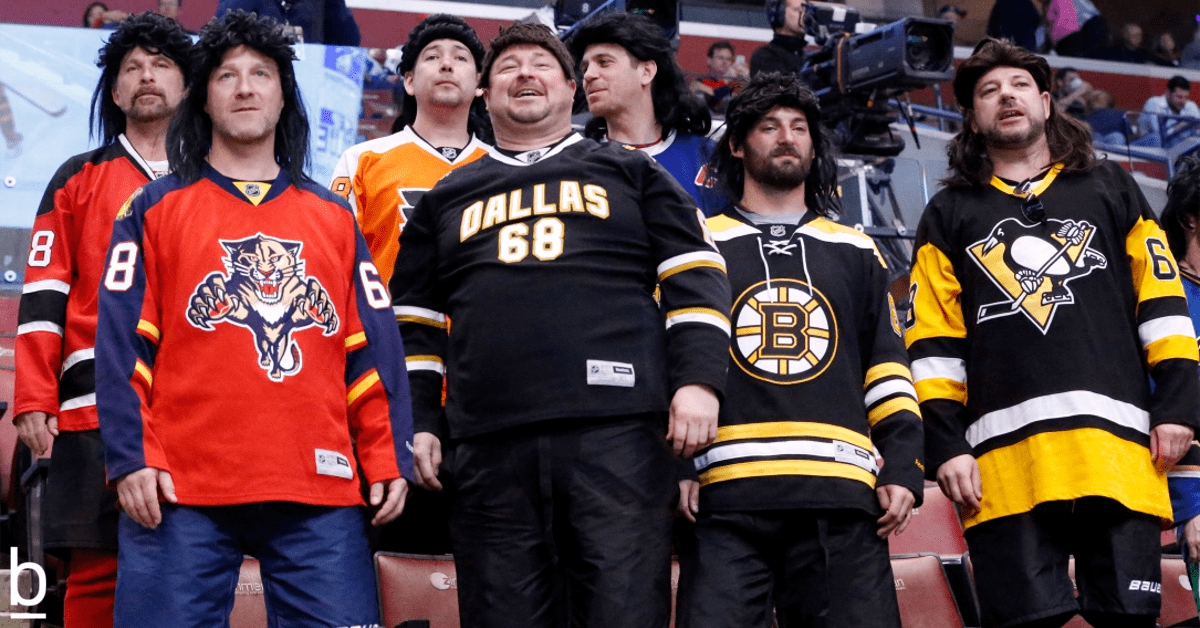 If you’re unfamiliar with The Traveling Jagrs then you’ve been living under a mullet-less rock and missing out on the most famous fans in hockey. And to catch you up… the Traveling Jagrs are a group of good Canadian bros who go all out when it comes to supporting hockey’s ageless wonder.

What started as the occasional boys-trip led years of hockey trips and a ton of TV appearances. Of the many, none are better than when they welcomed Tara Slone of Sportsnet’s Hometown Hockey as Calgary Jags for one of his home games with Flames this season. 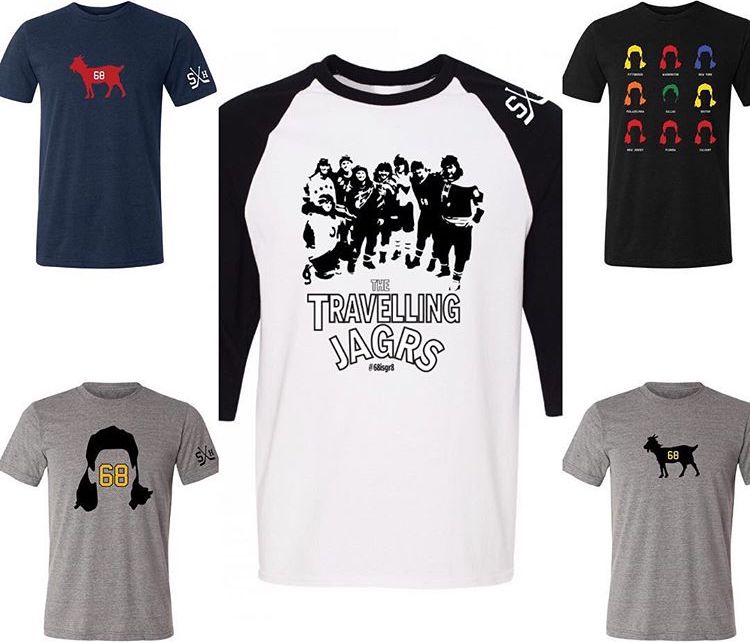 If you’re a puckhead or any kind of Jagr fan, you need a shirt:

I can’t decide between the 9-Team Mullet Tee or The Official Traveling Jagrs Raglan… might take full advantage of that 15% off (promo code: TJBB2018) and cop both.

Support a beauty and save 15% off your order today:

For all of your Jagr grieving, Jagr’s European hockey coverage, #InOne inspiration, and general mullet-based enthusiasm – throw The Traveling Jagrs a follow on Twitter (@68isgr8) and Instagram (@the_travelling_jagrs)!

Official comment, the only thing that should be getting waived is the waiting period for the HOF @HockeyHallFame pic.twitter.com/Yl8vKEfq13