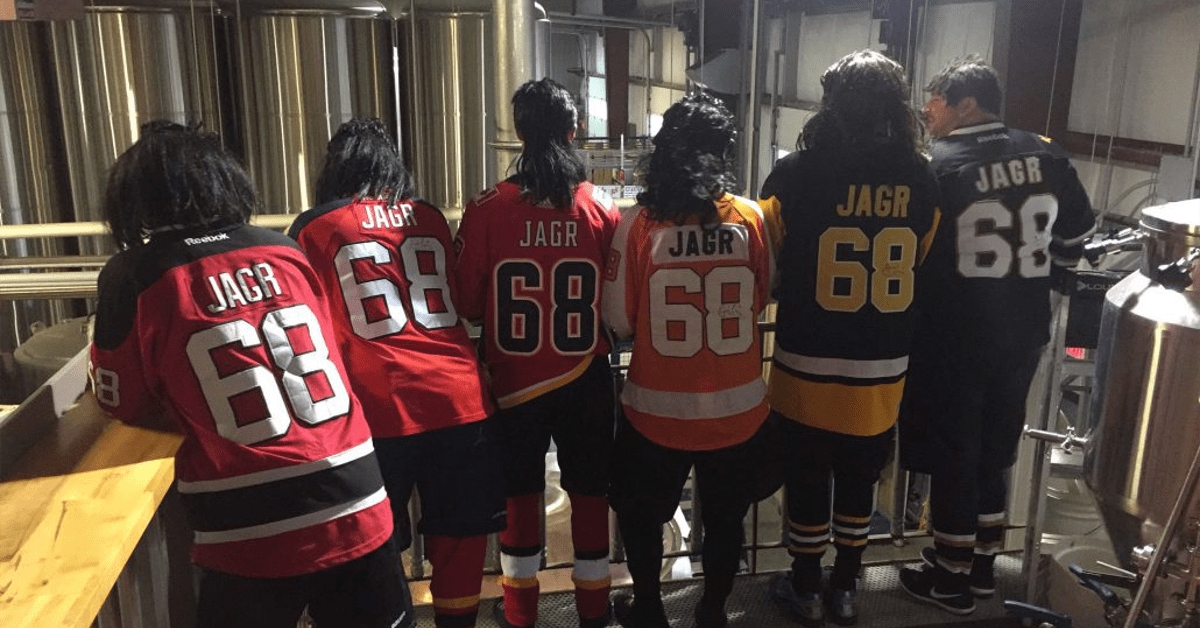 It’s with a heavy heart I must share the days of watching the man, the myth, and the mullet Jaromir Jagr in the NHL may be coming to an end. Reports from NHL insiders Elliotte Friedman and Bob McKenzie indicate Jagr and his agent are working with the Calgary Flames on what is being called an “exit plan”.

According to @FriedgeHNIC, Jaromir Jagr's time in Calgary is coming to an end. pic.twitter.com/R8yfrtW86H

28 years after making his rookie debut, the 45 year old Czech legend could be done in the NHL. With massive European interest and little-to-no NHL teams calling Calgary to acquire Jagr, this sad day is near.

After a summer of free agency, Calgary and The Mullet agreed to a one year contract that would pay Jagr $1 million. Unfortunately, 41 games into the Flames season, Jagr has played in 22 games and produced a single goal plus six assists while averaging about 13-minutes on ice with the fourth line.

More importantly, Jagr is with out a doubt the most interesting man in hockey and one of the greatest personalities in all of sports. From having his own Jagr peanut butter:

To the countless times he made hockey fans laugh out loud:

Whether Calgary makes a deal to trade Jagr to another NHL team or this is truly the end, Jagr will be missed. The ageless wonder has outlasted father time for years but that old bastard is undefeated. Even the magnificent Jaromir Jagr’s NHL career will sadly come to an end. Just shy of 800 goals and three decades.