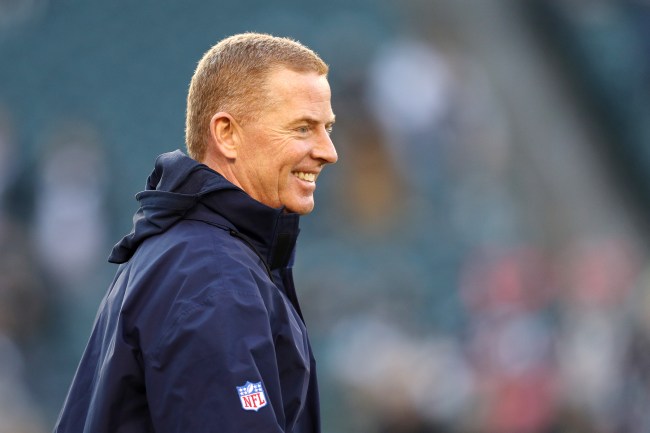 Could Jason Garrett actually stay with the Dallas Cowboys for another season? It might seem like a bananas scenario to fans who want him out after a more than mediocre tenure as head coach, but it is looking more and more like he is going to be with the organization in 2020 and beyond.

In the past week, Garrett has met twice with the Jones family after the regular season ended and he’s set to meet with them for a third time at an undisclosed time to discuss his future with the team.

According to various reports, people within the organization are starting to believe Garrett could get promoted to a front-office role by the Jones family.

I’m live on #NFL Live in 90 minutes. As Jerry Jones and Jason Garrett resume their series of meetings, I can tell you this: people inside the building have begun to wonder if Garrett is going to have a role with the 2020 #Cowboys – whether as head coach or in another capacity.

Via Mike Fisher of Sports Illustrated

There is a theory making the rounds that the reason “The Long Goodbye” to Jason Garrett has been so time-consuming is that the Jones family might want to promote Garrett to a prominent position in the Dallas Cowboys front office.

There is a logical reason that shouldn’t happen: That would mean Jerry and Stephen give a promotion to someone who ultimately did not succeed … and would be rewarded for not succeeding.

As of now, it seems like no one is sure what’s going to happen with Garrett and when the team will make a decision on his future.

Update from a team source on a Jason Garrett/Jones family meeting take 3 : “I think they will meet later today” no timeline, thoughts on the tone or direction of the meeting. The only people in the know here seem to be Jerry, Stephen and Jason. Wild.

One other update. #Cowboys HC Jason Garrett hasn’t finished all his exit interviews either. There are players who have not yet met with him.