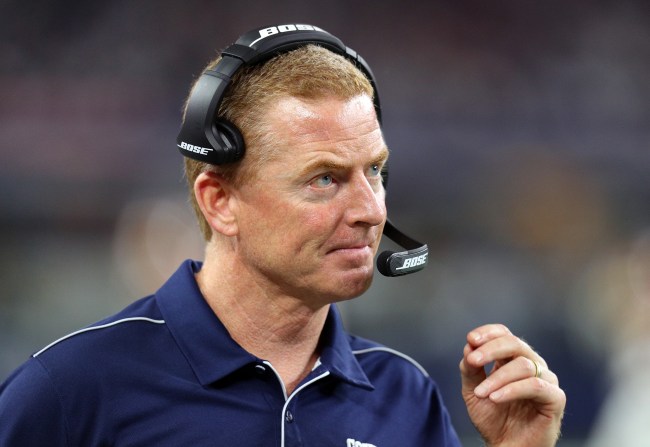 The Jason Garrett saga may finally be coming to an end.

Garret has reportedly met with the team two to three times in the past week and there has been no explanation by the Cowboys brass about what’s been happening behind closed doors.

It is 7:30pm on day 4 of Garrett watch and I have not been able to confirm that a meeting ever took place today. I was told “I think there is one”, “we will see” with another source telling me “I’ve been instructed to go radio silent” pic.twitter.com/peUhcVkbT0

There was even a report that revealed that several people within the Cowboys organization believed Garrett could land a front office role with the team.

Via Mike Fisher of Sports Illustrated

There is a theory making the rounds that the reason “The Long Goodbye” to Jason Garrett has been so time-consuming is that the Jones family might want to promote Garrett to a prominent position in the Dallas Cowboys front office.

There is a logical reason that shouldn’t happen: That would mean Jerry and Stephen give a promotion to someone who ultimately did not succeed … and would be rewarded for not succeeding.

On Thursday night, ESPN’s Ed Werder says he spoke to a source that told him the Cowboys are expected to move on from Garrett “soon” but the team was moving slowly out of respect for him.

Breaking: Cowboys owner Jerry Jones and executive vice president Stephen Jones have decided that Jason Garrett will not be part of the organization moving forward, a source tells @WerderEdESPN. pic.twitter.com/zXf4n1I8kc

Source: #Cowboys Jerry Jones and Stephen Jones have moved slowly and with “abundance of care and respect” for Jason Garrett. That phase expected to conclude soon with Garrett not part of organization. Next phase to involve candidate interviews will begin quickly thereafter.

One thing people should know regarding #Cowboys deliberate and confusing process: Jerry and Stephen Jones would not be operating in this manner if they had any indication they were risking HC candidates they desire most to other teams.

Hopefully Werder is right and we hear something soon because the whole Garrett saga has gotten ridiculous.