Jason Kidd’s Son Exposes His Dad For Being An Absentee Father, Says They Don’t Have A Relationship And Are Not On Speaking Terms 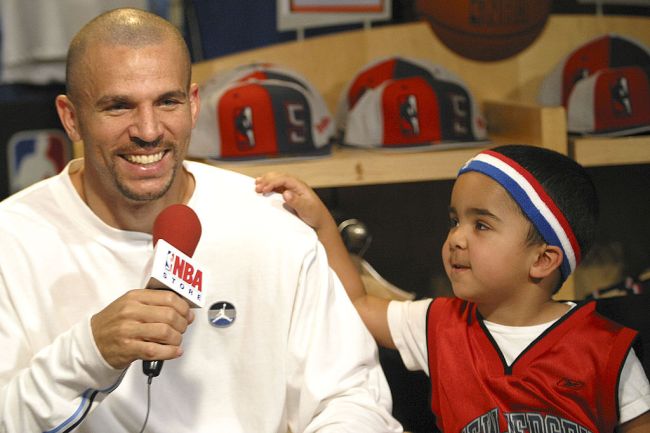 Jason Kidd’s son TJ has a message to those constantly asking him about his father who has recently been in the news.

Last month, Kidd was hired to be the next head coach of the Dallas Mavericks despite criticism about his past history of domestic violence.
Kidd once again made headlines this when Giannis Antetokounmpo revealed in his book that the former Bucks head coach once made his players practice on Christmas eve because he was angry with their on-court performance.

I read the new Giannis biography that is coming out tomorrow. My biggest takeaway is that Jason Kidd should not be be allowed to be around other people let alone coach an NBA team. The worst story is his response to a team loss on the day before Christmas Eve. pic.twitter.com/SYdwfX3t9t

After the Jason Kidd Christmas story went viral, Kidd’s son TJ, who is now 22 years old, took to Instagram to tell people to stop tagging him in stories about his dad because they are not on speaking terms.

Jason Kidd’s son has a lot to say about his father. Y’all can keep making excuses if you want, but he’s a terrible person and deserves every awful thing coming to him. pic.twitter.com/V8V9YGvgh4 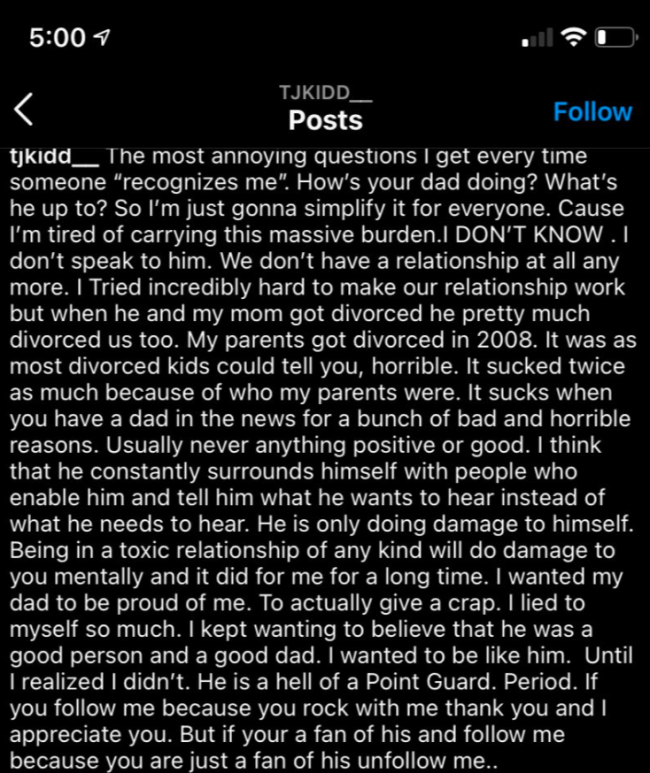 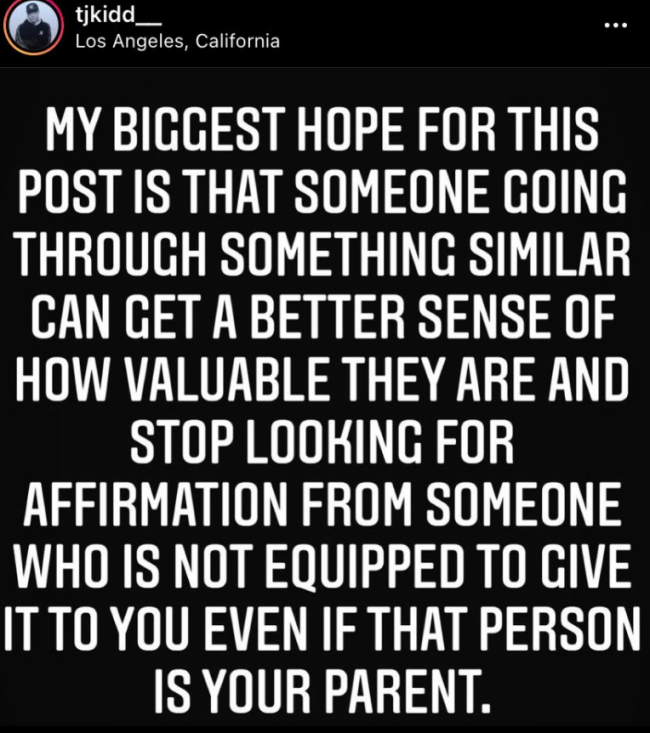