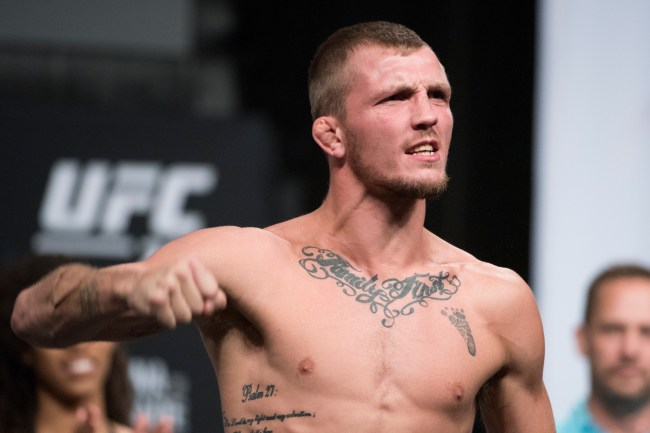 Internet Friends, Acquaintances, and Strangers: Promise me one thing. Never, under any circumstance, will you allow your pride to fuel you to fight a professional MMA fighter. You have a perfectly good face as it is, but I don’t know if I’ll be able to say the same when your eyeball droops below your chin.

But, don’t take it from me. I’m just a Professional Keyboard Warrior. Watch this video below of two dudes confronting Jason Knight aka Mississippi Mean aka Hick Diaz in a bathroom stall.

(The Instagram video doesn’t have sound but captures the first punch. Watch the video under it afterwards to really get an idea of the chaos.)

This Saturday the kid gets his revenge on lobov live on ppv @bareknucklefc @Jasonthekid23 pic.twitter.com/fAxYU3Tcw0

I don’t know if these dudes just really needed to drop a heater, but I would advise anyone I hold close to never engage in a fight with someone who says something like this:

My kinda fun is a nice night in watching Gilmore Girls and eating low-fat frozen yogurt. To each his own.