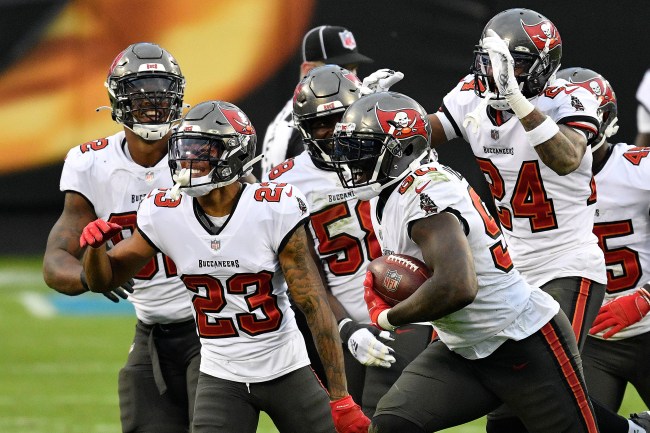 Back in 2015 defensive lineman Jason Pierre-Paul had his career briefly derailed after a fireworks incident mangled his right hand.

JPP has since been able to go on with his career despite missing a few fingers and on Sunday he was even able to catch an interception against the Carolina Panthers.

JPP didn't even need to use all his fingers to pick off Teddy Bridgwater here.

First INT by JPP since 2013.pic.twitter.com/VN8Jt9erwf

Of course, everyone immediately went on to make the same joke about JPP’s missing fingers after the interception.

JPP caught a fingertip interception. Yes, let that sink in. What can’t God do?

How does JPP nab a pick with no fingers

Man JPP out there getting interceptions with his strong hand!! pic.twitter.com/VkwZtP0PV8