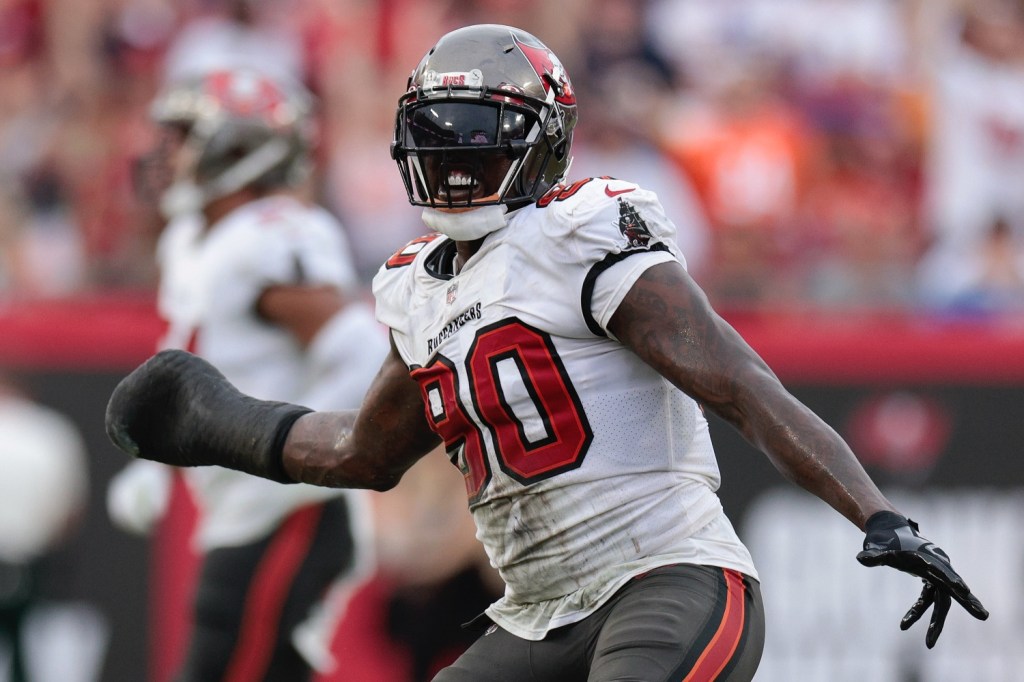 Two-time Super Bowl champion and three-time Pro Bowler Jason Pierre-Paul is no stranger to injuries. In fact, it was a “serious leg injury” in high school that spurred him to quit basketball and take up football.

On July 4, 2015, Jason Pierre-Paul (aka JPP) made global headlines after a freak fireworks accident blew off a portion of his finger. He’d then have his right index finger fully amputated four days later. The injury and recovery caused him to lose a significant amount of weight going into the 2015-2016 season where he signed a 1-year contract with the Giants.

JPP then moved to the Tampa Bay Buccaneers in 2018 and led the Bucs with 12.5 sacks that season but in 2019 the injuries came back. Jason Pierre-Paul suffered a neck fracture in a single-car accident due to not wearing a seatbelt. He had to sit out the preseason and first 8 weeks of the NFL season.

I’m saying all of this to really illustrate how JPP has experienced some painful injuries in the past which makes his recent tweets even more illuminating. He claims the current torn rotator cuff injury is the most painful injury he’s ever experienced…worse than a firework blowing off a finger!

I'm barely getting any sleep with this shoulder injury. I've had my share of injuries, but this one by far the worst of them all. I already broke my promise to myself, so I'm gonna thug it out until I can't!

I’m not asking for sympathy, I'm just letting y'all know what it feels like to deal with a torn rotator cuff, but I’ll be fine. They can't do it like me!!!

As a Tampa Bay Buccaneers fan, I cannot wait for him to get healthy because our team looks just a little off compared to last season. But the Bucs are still the NFC favorites, for now.

Fans on Twitter offered words of support to Jason Pierre-Paul after he expressed how much pain he was experiencing at the moment.

JPP says this shoulder injury is “the worst of them all,” which is saying something considering his medical history. https://t.co/u04bnRRMoX

An insight at how some NFL players play through incredible pain.

It's not just an issue they deal with on Sunday, they have to deal with it all week long. https://t.co/4UURoXwn14

Hope it gets better soon for you, JPP…injuries suck.

Take your time, come back when you’re ready

Surgery is worse. Had two knees and neck fusion. My shoulder surgery was by far the worst!

he's not only a warrior, he may actually be a robot! https://t.co/OszwlgZYco

I feel like blowing 3 of your fingers off has to be worse than any kind of shoulder injury https://t.co/ZitRHKzDn0

Get well big fella, we need you. LFG ☠

Get the rest come back for the Sb big dog

JPP has been a warrior. https://t.co/xgPOLWTWCb

Not to be lost in all of this is the fact that the injured Jason Pierre-Paul follows zero people on Twitter. He doesn’t follow the Tampa Bay Buccaneers, Tom Brady, his agent, nobody. Either he’s content just putting his own thoughts out into the universe or the man’s got a burner hiding somewhere, right?

What’s the point of being on Twitter if you’re not seeing other people’s bad tweets? Speaking of, you can follow me on Twitter at @casspa if you are into bad tweets because mine are as awful as they come.